How could I implement this neural network in R? [closed]

Want to improve this question? Add details and clarify the problem by editing this post.

In Establishing, versus maintaining, brain function: a neurocomputational model of cortical reorganisation after injury to the immature brain, Varier et al develop a neural network model of motor control and then "lesion" it as it is training. I am new to neural networks and really do not even know where to begin in emulating them so that I can investigate this further for myself. Any hints would be appreciated. The details of the model can be found on page 16 of the linked arxiv paper.

Figure 1 from the linked paper: 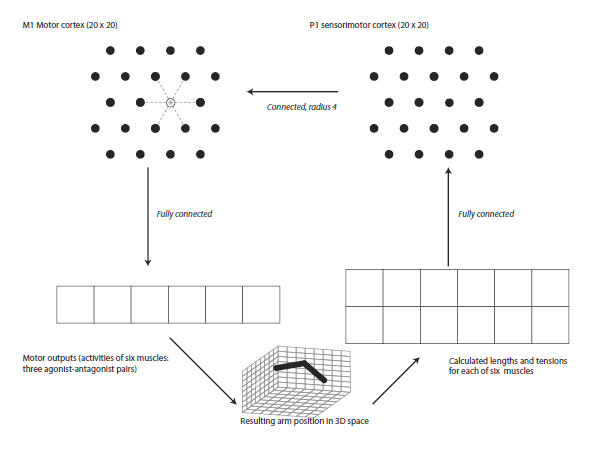 machine-learning r
Share
Improve this question
edited May 25 '19 at 9:53

Actually, there are two considerable packages in R to handle neural networks with easiness. Here they are: nnet and neuralnet.

in R. To get help and see examples, see

The first two problems you will find are

This is the absolute minimum you have to know in order to program/run a neural network in R.

Not the answer you're looking for? Browse other questions tagged machine-learning r or ask your own question.