Suggest methods and basis sets for a variety of systems [closed]

Ask Question
Asked 7 years ago
Active 2 years ago
Viewed 288 times
3
$\begingroup$
Closed. This question needs to be more focused. It is not currently accepting answers.

Want to improve this question? Update the question so it focuses on one problem only by editing this post.

Please help me with any/all of the cases below. In the following cases, the named method and basis set are not suitable for the chemical systems. Why aren't they? Could you suggest a suitable method/basis set?

(i). MP2/6-31G(d) for the calculation of reaction energy of the reaction below (H2C: should be calculated in the triplet state):

(MY SUGGESTED ANSWER: carbene H2C: has two singlet configurations that contribute to the ground state energy we need a multireference method to recover the single excitations. MP2 is not good for this open-shell systems since they have large spin contamination and thus large error. The basis set also needs to include diffuse functions in the electron correlation methods. )

(ii). CISD/cc-pVTZ for the calculation of the reaction energy of:

(MY SUGGESTED ANSWER: we have bond elongation in the Reactant to the point of breackage. CISD is not size-consistent. It recovers less electron correlation energy for the larger reactant as for the products since reactant is larger and thus cannot be used. The basis set however is fine. I don't know what method can work best for this system but would go arbitrarily with CCSD(T) )

(iii). BLYP/6-31G(d) for geometry optimization and calculation of binding energy of the neon dimer, Ne...Ne.

(MY SUGGESTED ANSWER: Most important interactions in Ne dimer are London forces of van der Waals. BLYP is a hybrid DFT method that includes exact exchange term in exchange-correlation functional. However, the method is local (in LDA, external potential is the uniform electron gas and in GGA its gradients included) but vdW interaction requires fully non-local functionals. The basis set is as well too small and should included diffuse functions. I don't know what method to recommend. )

(iv). Mp2/6-311++G(2df,p) for the singlet-triplet energy splitting of para-benzyne. Note that for both singlet and triplet states unrestricted MP2 is needed. 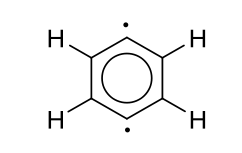 (MY SUGGESTED ANSWER: The para related electrons have low correlation and this means they have small singlet-triplet separations of the frontier orbitals. MPn energy terms are related to the inverse of this separation and thus for a very small s-t separation this term is too large for MP2 to handle. The basis set is probably fine. I think Coupled Cluster methods or DFT would work here )

(v). CCSD/3-21G for geometry optimization of the DNA base adenine.

(MY SUGGESTED ANSWER: The basis set is too small for this molecule and a correlated method (no diffuse or polarization functions are used). Furthermore, CCSD is very costly and not good for this big molecule. Maybe also conjugated pi bonds is of essence. Suggestion? )

(MY SUGGESTED ANSWER: CISD is not size-extensive so as n increases the calculations become prohibitive. )

(MY SUGGESTED ANSWER: MP3 is not good when we have an open-shell species or a system with electron congestion. Convergence will be very slow and not guaranteed at all. We assume in MPn that the zeroeth order wavefunction is reasonable approximation and the add the small perturbation contribution. But if HF describes this molecule very poorly then MPn won't improve it dramatically. )

(viii). LSDA/6-31G(d) for the relative energies of the various conformations of n-butane obtained through rotation about the central C-C bond.

(MY SUGGESTED ANSWER: LSDA is equal to LDA for closed shell systems. Thus eternal potential is the uniformly distributed positive charge and can be used only if the "constant" electron density is different for each point in space. But here electron density due to bond twisting is not spatially uniform. I think GGA or B3LYP should be used. Furthermore I think the basis set is too small and should include polarization and diffusion (I don't know why, just saying) )

What method/basis set would you suggest for the following:

(ix). The activation energy of the Diels-Alder reaction between cyclopentadiene and acrylonitrile (reaction does not need static electron correlation treatment).

(MY SUGGESTED ANSWER: CCSD with medium basis set. Since vdW is repulsion of electron clouds at large distances as they interpenetrate and CCSD has traces of higher excitations. A small basis set can cause basis set superposition error (BSSE). Inclusion of higher order virtual orbitals as in CCSD improves dispersion description. )

Most of your answers look good. For the geometry optimization of single-reference organic systems, B3LYP/big should be fine. MPn is bad for open-shell systems in general. MCSCF is the way to go if one has truly pathological multireference effects. CCSD(T)/huge is good any time you want to treat dispersion, but you'll find in the literature that (He)2 requires essentially exact calculations ala QMC.

Sorry I am not giving a more detailed answer, but since you openly admit this material is related to a class, I am reticent to provide improper assistance.

The other thing you could do is run these problems through Google Scholar and see what the experts have done in the past. Even better would be to download and install an open-source quantum chemistry code (my personal preference is NWChem, as it has all the methods mentioned here) and do the experiments yourself.

Not the answer you're looking for? Browse other questions tagged computational-chemistry density-functional-theory hartree-fock or ask your own question.

15
How is B3LYP implemented in Gaussin 0*, GAMESS-US, Molpro, … etc?
10
Why does iteratively solving the Hartree-Fock equations result in convergence?
12
Making a Molecular editor/visualizer: Object oriented programming, data structures, and molecules
2
Trying to generate a wave function basis set
0
Quantum Chemical Calculations is there a book for which method to use with what problem?