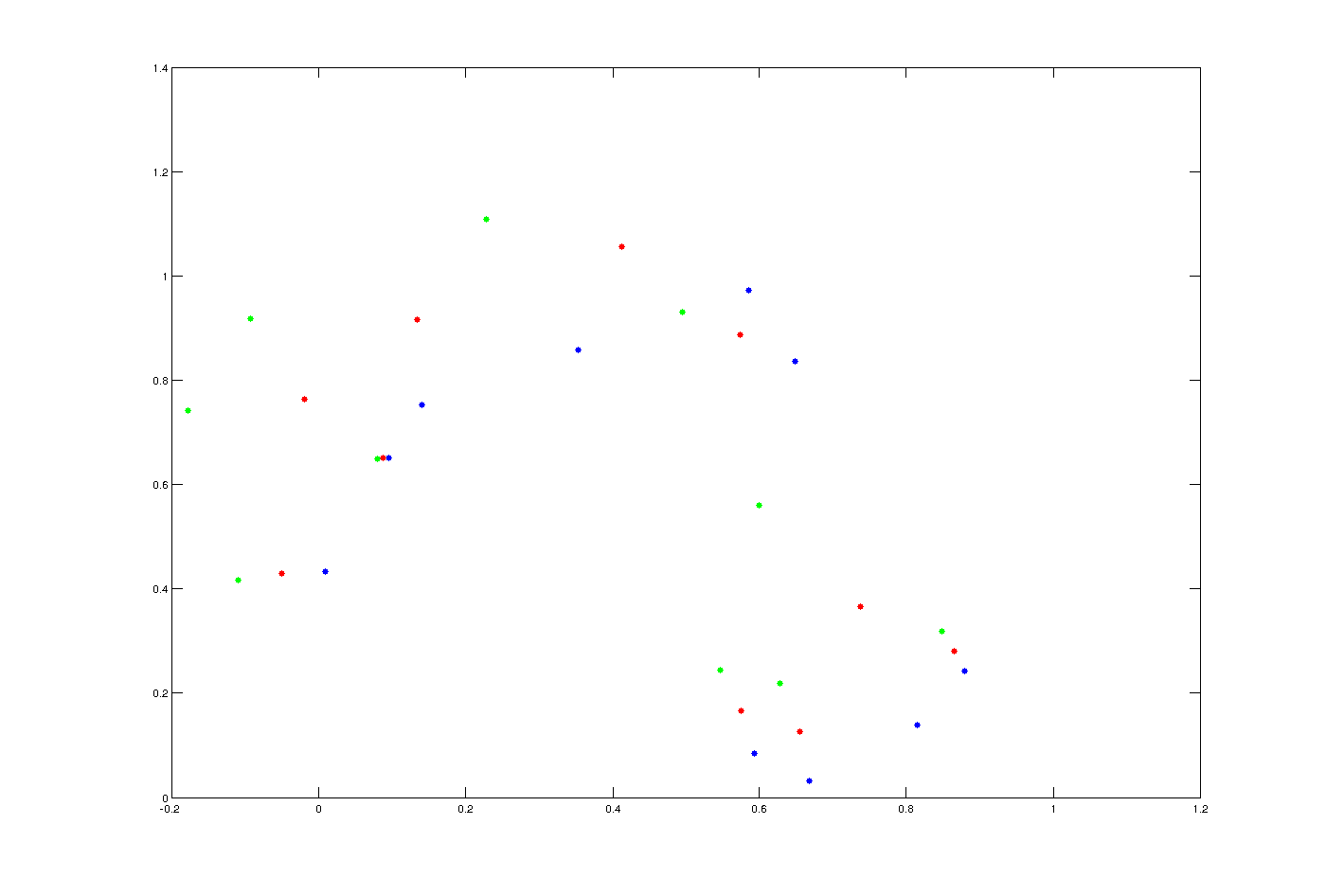 I would like to obtain this mapping from blue to red to green: 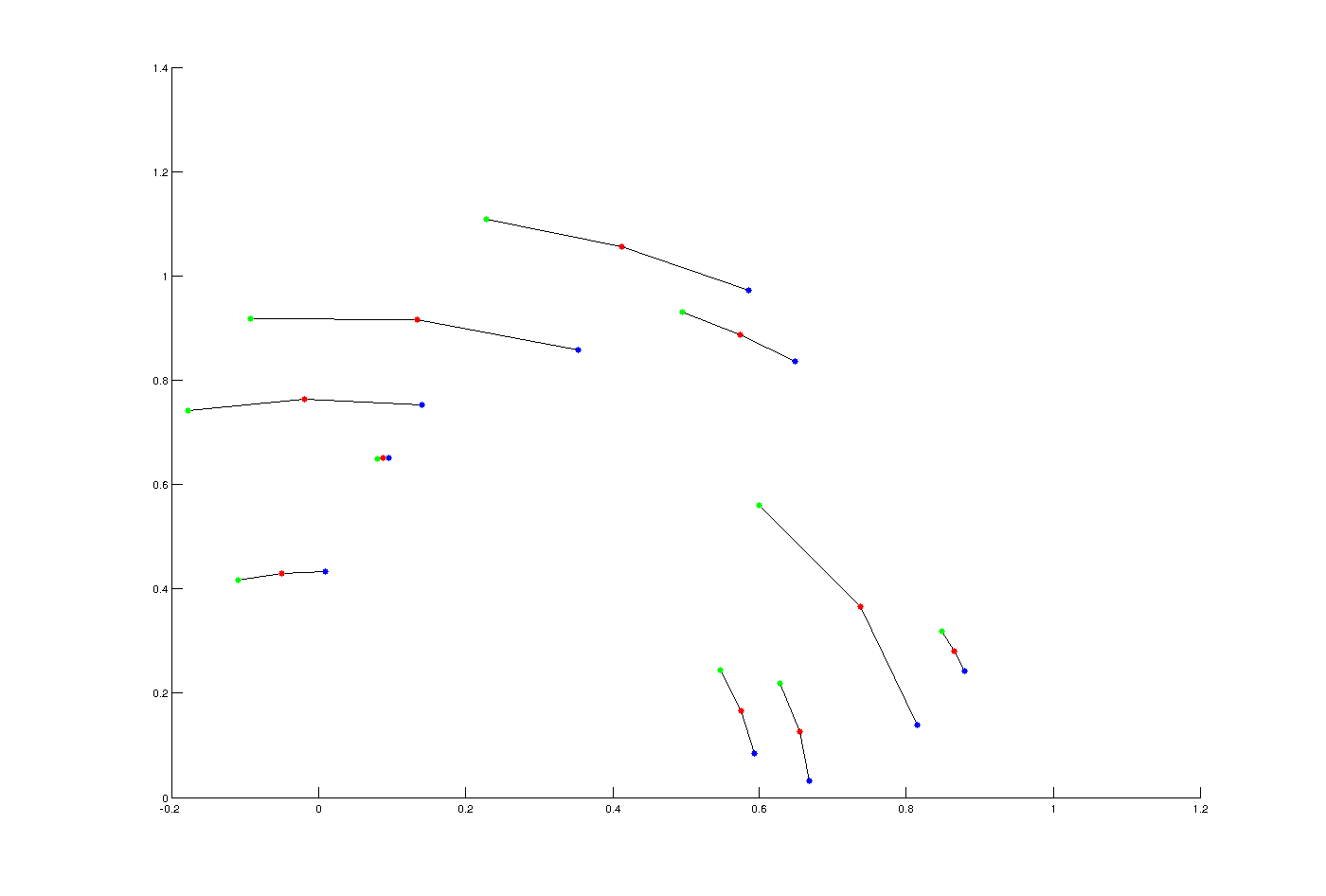 I'm solving a large eigenvalue problem and attempting to track eigenvalues as I vary parameters.

One thing to try is this modification of your idea:

Basically, you can try to use your suspicion that the points move along smooth curves at roughly ("locally") constant velocities. Any smooth curve is approximately close to a line, and the angle between consecutive chords of the curve is likely to be small. In your plot, "small enough" angle might mean something like $<30^\circ$.

This is not specific to eigenvalues; you could do the same thing for roots of polynomials with time-varying coefficients (which are also easier to test with). With very many points you'll need a clever data structure to implement this efficiently, but you don't seem to have many.

Another mathematical justification for doing this is that the angle between chords is related to the curvature of a curve (as in the Frenet-Serret formulas). So in some sense this approach tries to minimize or bound the curvature of the curves that it finds.

Not the answer you're looking for? Browse other questions tagged algorithms nearest-neighbors or ask your own question.

6
An efficient way to numerically compute Stirling numbers of the second kind?
3
Improve optimization over 'mapping' of indices
2
Detect rigid body motions in a cloud of points
5
Finding closed equipotential surfaces on a 3D grid
3
Computing the (non-convex) boundary of a set of paths between two points
2
How does Mathematica compute 'Reduce'?
1
Algorithms for the one-to-two assignment problem