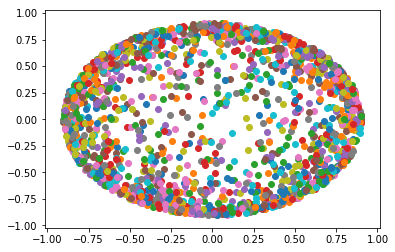 0
How to model waterflow when only a couple of sample points available
2
How to choose the number of random points in Monte Carlo simulations?
1
Distirbution of Points along a Line
0
Ordering points from X Y coordinates
0
Different questions about "Inverse Physics problems"
2
Generating particles from a distribution function using Monte Carlo
1
How to sample points uniformly over a region of the unit sphere