Want to improve this question? Add details and clarify the problem by editing this post.

I am trying to solve the 1-dimensional diffusion problem numerically using method of lines:

I have two boundary conditions. One boundary condition dynamically changes with every timestep (dcdt[0]), while the other is always fixed at a constant value (dcdt[-1]). There is also one initial condition (concentration profile) at time zero, which is the line in dark blue in the picture shown.

Unfortunately, what happens is that scipy.integrate.ode ignores both boundary conditions! 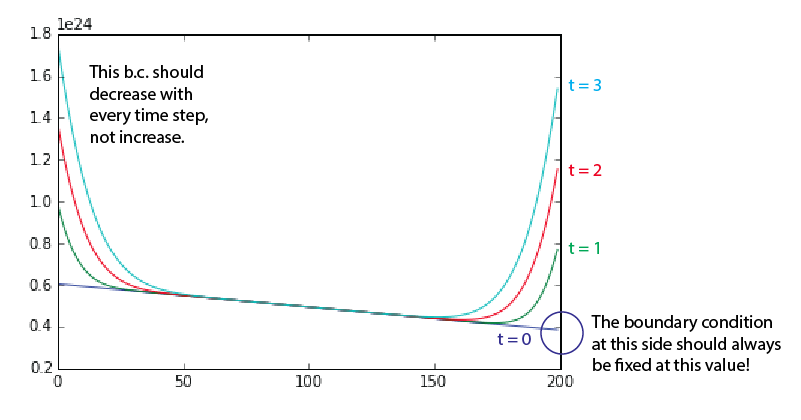 I use scipy.integrate.ode to integrate the discretisation equation. I have defined the diffusion function to set the boundary condition every time the ode(diffusion) is called.

I have checked the following things:

Browse other questions tagged pde python time-integration scipy or ask your own question.