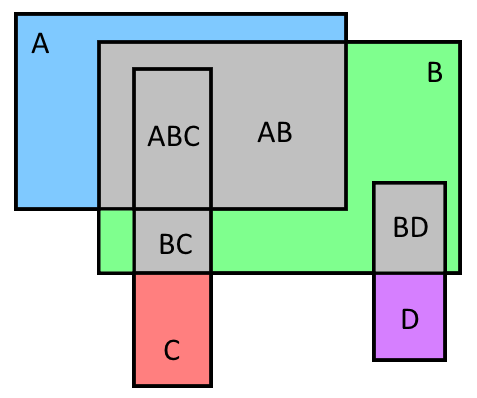 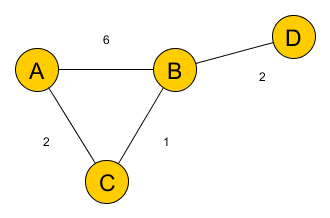 The images are to be rendered on surface while overlaps require extra processing (e.g. avergaing the pixels for transparency).

For example, we can decide to merge A,B first. The situation becomes: 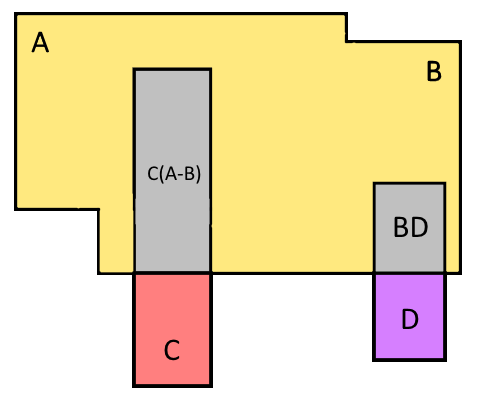 After each merge, the graph has to be updated. In this case, only images C,D are to be merged and the algorithm finishes with single composite image.

You can observe that if the merging algorithm runs in parallel, it can now process C and D simultaneously.

However, if we start merging A,C first, then B and D are blocked and the algorithm can run only sequentially (considering that individual image can be used by single thread / cannot be shared).

Given the graph, I would like to schedule parallel computation for $N$ computing units (e.g. CPU cores).

I think the scheduler should aim for two objectives:

The first objective is important while the second is "nice to have" (the time needed to process an overlap is proportional to its area).

I am stuck with two major problems:

The greedy version of the algorithm would look like this:

I know this question is maybe too broad. I believe this problem has been certainly solved many times in parallel computation projects so many people from parallel computing areas should have some immediate ideas and hints.

Once solved, I plan to write an elaborate answer to benefit you as well. But first I need something to start with. Thanks.

Browse other questions tagged optimization graph-theory combinatorics or ask your own question.