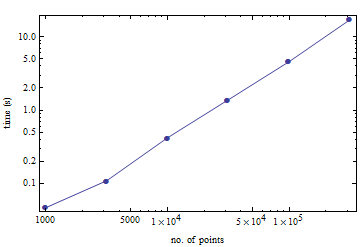 1
Can TETGEN generate triangulation of a 2D point set?

9
How are the Voronoi Tesselation and Delaunay triangulation problems duals of each other?
6
Is there any 2D shape repository?
6
A method to determine whether a point can be contained within a circle with no neighbouring points
3
Software for triangulating a point set (with restrictions)
1
Can TETGEN generate triangulation of a 2D point set?
5
Delaunay triangulation for datasets with four or more co-circular points