The equation at the left of the interface is

The equation at the right of the interface is

with an extra source term accounted for pore wall reaction and precipitation (also an extra dependent variable $\epsilon$ for porosity). 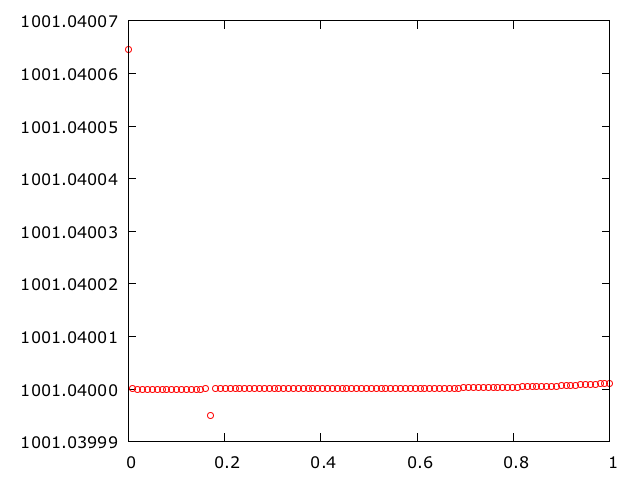 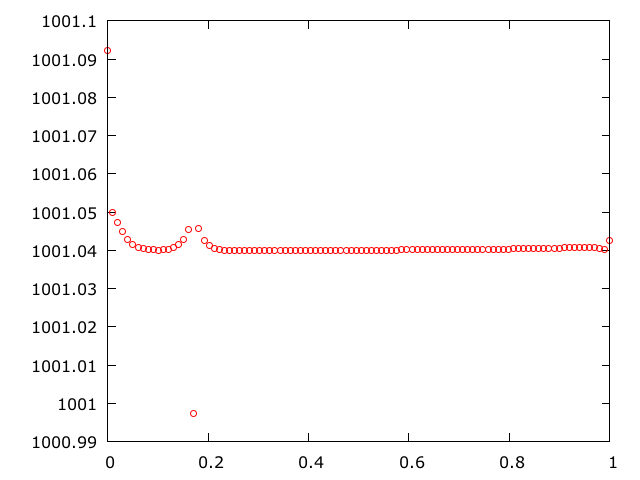 But since the value of the source term is negative, I suppose it should be a upward parabola at the interface. From time $t=1e-3$ to $t=1e-2$, the distribution for $\phi_2$ changes dramatically at the left of the interface though. 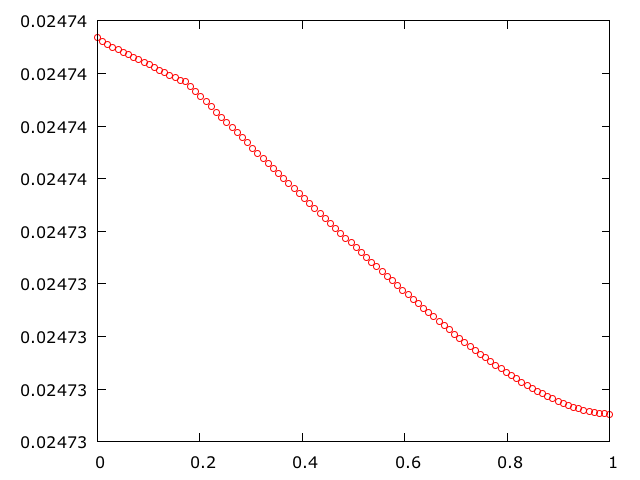 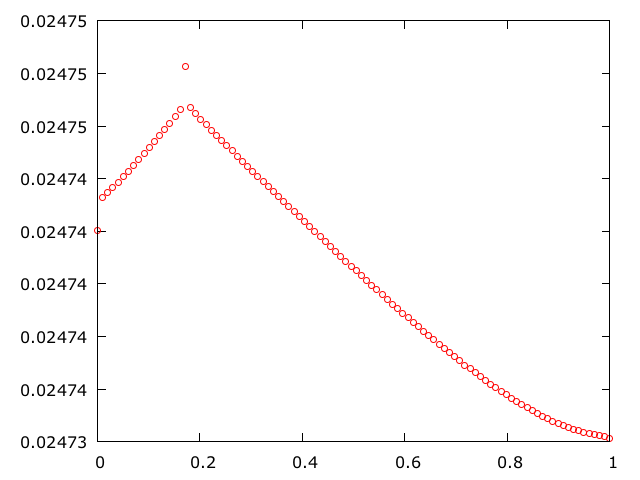 Some concentrations on the other hand are smooth across the domain though, but $C_1$ and $C_8$, which have the two largest initial condition values, are discontinuous like the picture shown at the interface.

After $t=1e-2$ the RADAU5 solver converges very slowly (I guess it won't converge to a meaningful values anyway). I'm using cell-centered finite volume for it is easier to implement the Neumann boundary conditions. The discontinuous point is at the first cell right at the left of the interface. I'm using $N=100$; for $N=400$ the discontinuous point even show earlier.

What could be the problems? And how should I resolve it?

It's assumed that concentration and potential are continuous at the interface, which in fact they are, but in a cell-centered grid, I'm thinking I can't just naively do nothing at the interface.

Browse other questions tagged pde finite-difference finite-volume diffusion or ask your own question.

11
How should non-constant coefficients be treated with finite-volume first order upwind scheme?
5
Interface Formulation at Finite Volume Boundaries when using the Dual Mesh

5
Regularization of a discontinuous source term in an elliptic pde
2
Finite difference for nonlinear system of equation
3
Ill-conditioned Jacobian matrix from Nernst-Planck equation with Butler-Volmer reactions
4
How could we solve coupled PDE with finite difference method and Newton-Raphson method?
4
Comments needed on the doubts of PDEs in moving boundary problems
1
How to correctly define the flux in a finite volume method for Poisson's equation with a piecewise constant material