I have made a solver based on the SymPy.diffgeom library, where I use Scipy.Integrate to solve the following system of second order differential equations :

Here is a code snippet of my implementation

I have implemented several generic test cases : torus, sphere, egg carton, and catenoid. However, there seem to be some issue with the solver. On a sphere, for example, the geodesic curve is the great circle (see reference). When I try to find the geodesic curve and plot on a sphere (with same parmaters as reference provided), the curve starts to veer off. There seem to be some sort of numerical instability that is altering the course of the geodesic curve over the interval $s\in[s_0,s_1]$. Is there any way I can make my solver more stable ? I have tried to reduce the step-size of the solver, but that has not made things any better (visually at least...I could probably try to estimate the convergence rate). 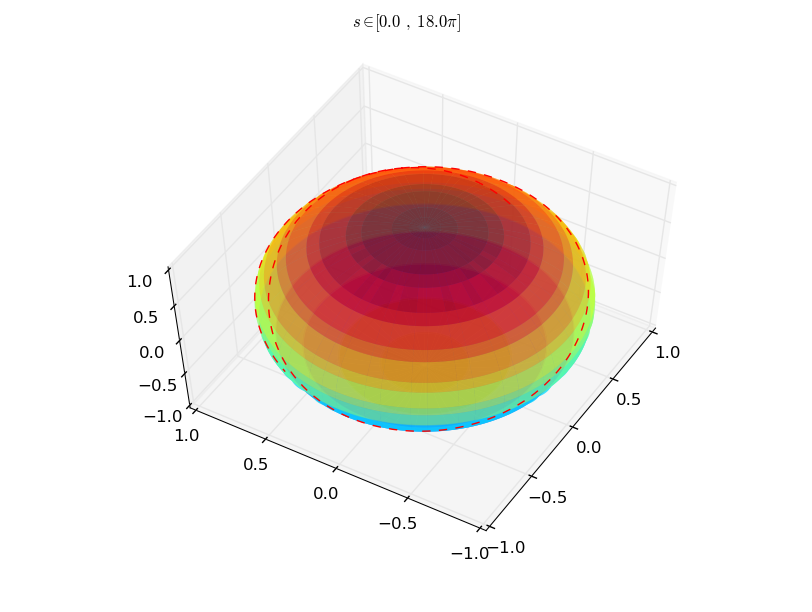 I checked the code for the geodesic curve along the equator, and from pole to pole, and I get no deviation : 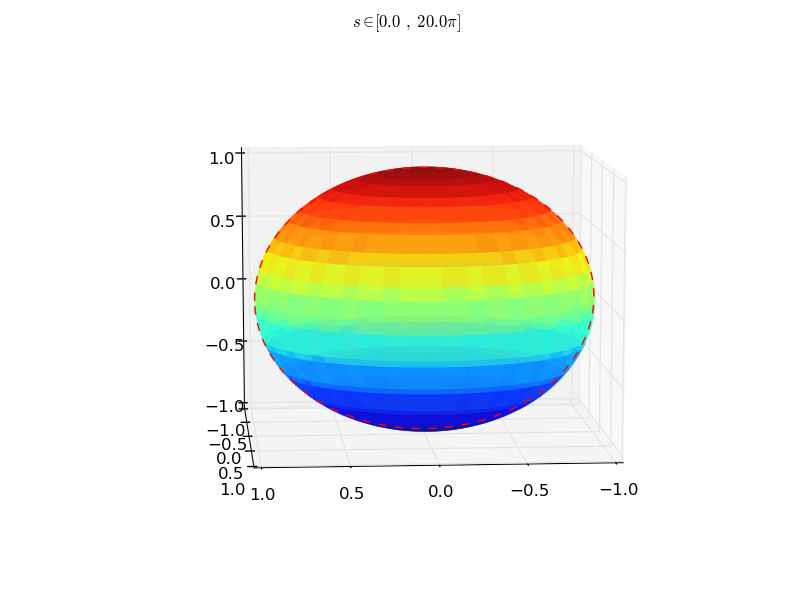 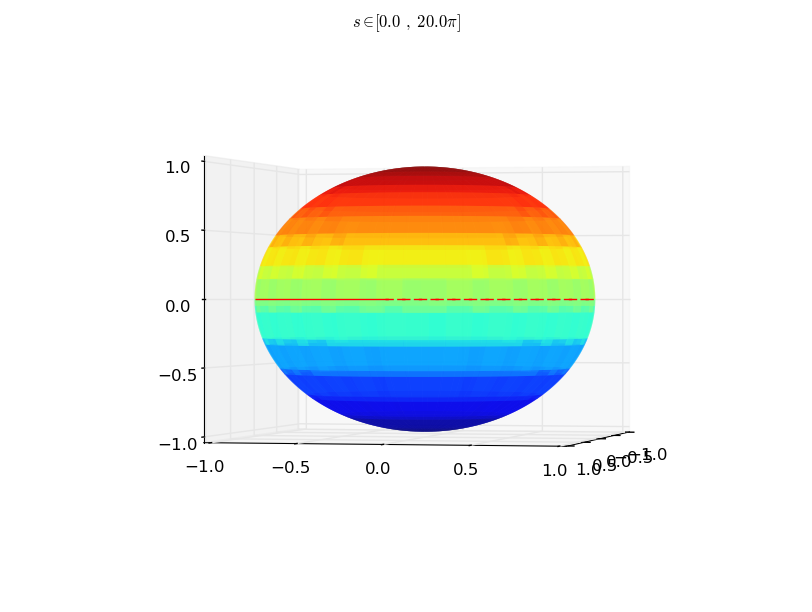 I have pasted the test case on the following link : Geodesic on a sphere.

I forgot to mention this, but I am using the following versions

It should now be possible for anyone to reproduce the same results.

results in the proper output (as displayed in the reference) : 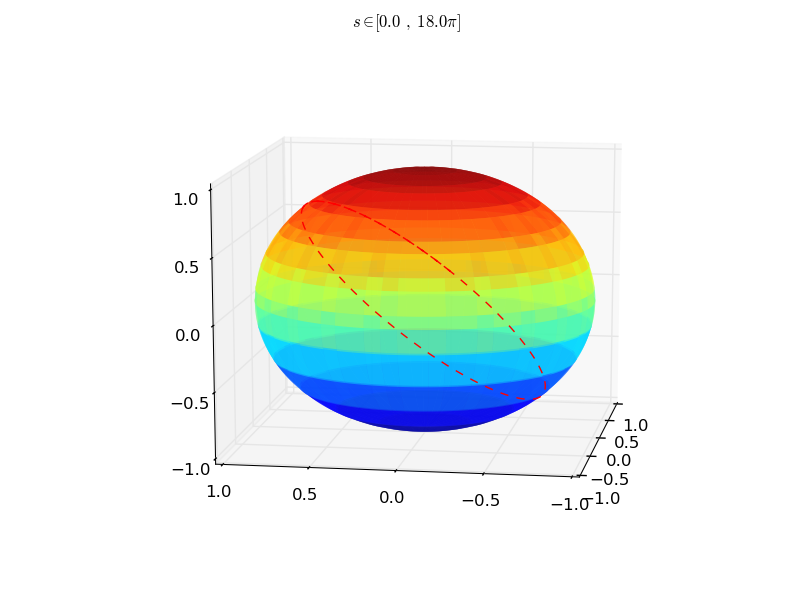 Now, I suppose I have to figure out why the calculated Christoffel symbol was incorrect. But that is another question.

Not the answer you're looking for? Browse other questions tagged numerical-analysis python ode scipy numerical-modelling or ask your own question.