What is a "hanging node" in the finite element meshing?

When reading literatures about finite element method, the term "hanging nodes" can often be encountered. Could anyone tell me what indeed is a hanging node?

The following picture illustrates a mesh with a hanging node and a mesh containing no hanging node: 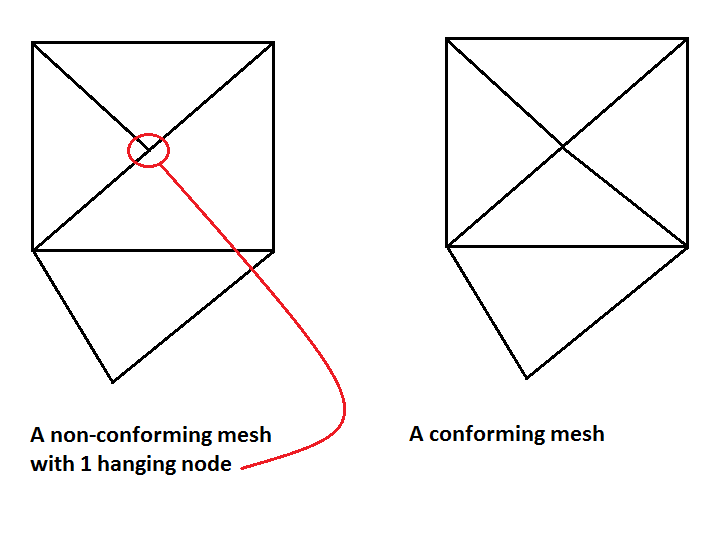 Usually with a finite element mesh the vertices are shared with their other neighbouring elements, but the circled node does not belong to the bottom triangle. We call this node a hanging node. This commonly occurs during the process of adaptive mesh refinement. Hanging nodes are either removed - as is done in the above picture by connecting it to another vertex and thus creating two new elements - or by imposing constraints on the system.