How to define residual in multigrid approach?

I wish to solve the two-dimensional Navier Stokes equations using multigrid method on a collocated grid using the Predictor-Corrector method mentioned below. But first, let me elaborate on what I had already did. Previously, I used a staggered grid and a artificial compressibility based solver. So my governing equations were: 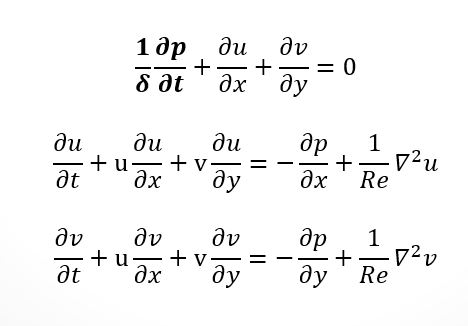 Since my solver is explicit (the time term here is just to do the iterations). To implement multigrid in this kind of methodology, I defined the defect/residual on fine grid as: 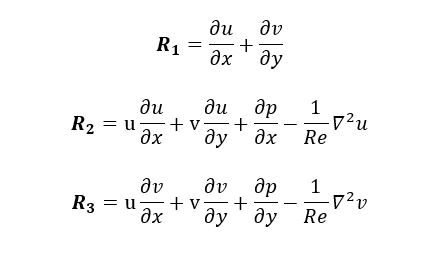 This defect/residual and also the solution on the fine grid is then restricted to the coarse grid (Full Storage Approximation Scheme) using simple injection operator. Since the equations on the coarse grid remain almost the same in appearance, except that their RHS is not zero and instead is defined as:

where the dashed terms are m and not the corrections itself. So, after I solve the coarse mesh equations to find the correction, I interpolate them to fine mesh to correct the fine mesh solution.

Now, I want to implement multigrid on a colocated grid with the following predictor-corrector based discretization: 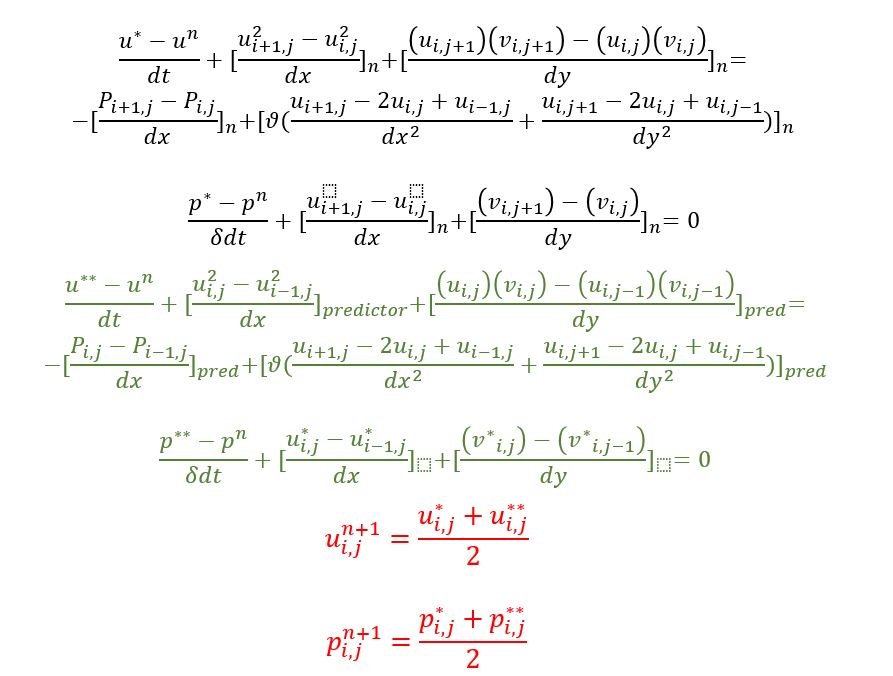 How will I define the defect/residual on the fine mesh for this scheme? Any help will be appreciated. And if there are any problems in my existing approach, please let me know.

The residual should just be the equation you wrote where all terms are moved to one side (plus or minus a negative sign), you can compute this after solving for you unknowns (which seems to be implicit for the second step as you indicated). There may be additional storage required to compute the residual from current and previous time steps since you need information at both time levels, but it likely won't be too much.

You could try to integrate this computation into your code, which may help in terms of performance, but I prefer to apply this kind of computation after computing the solution and only doing so every 100 or so time steps.

Not the answer you're looking for? Browse other questions tagged finite-difference fluid-dynamics discretization navier-stokes multigrid or ask your own question.