tldr: Can space-time Galerkin schemes applied to convection-diffusion problems lead to effects on the convection velocity?

with a viscosity parameter $\nu$. I have zero Dirichlet conditions in space and as the initial condition $z(0)$, I use a step function, which is one on one half of the domain and zero on the other half.

With finite elements in space and Runge-Kutta in time, I get to the expected numerical results. 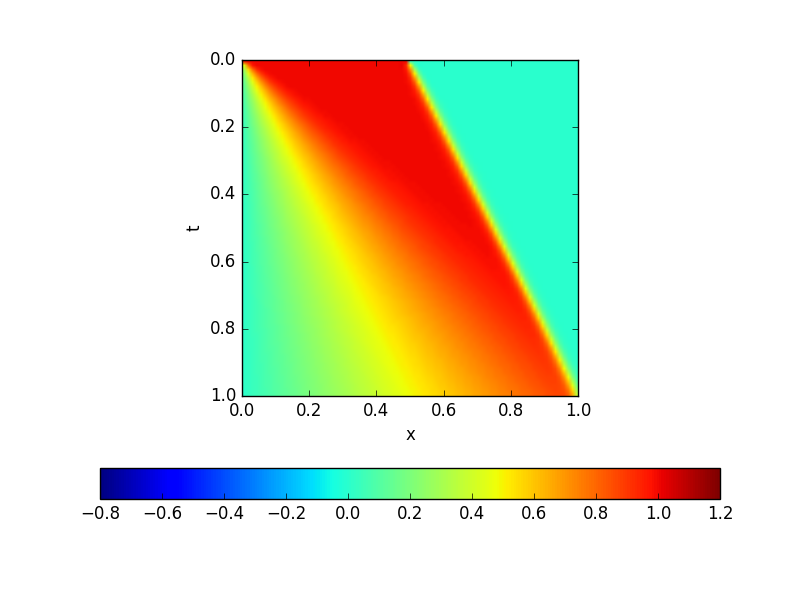 Now, if I discretize the equation with a space-time Galerkin scheme, I get a picture, where, apart from artefacts due to low-dimensional bases, the convection speed is obviously too fast. (The front reaches the border too early) 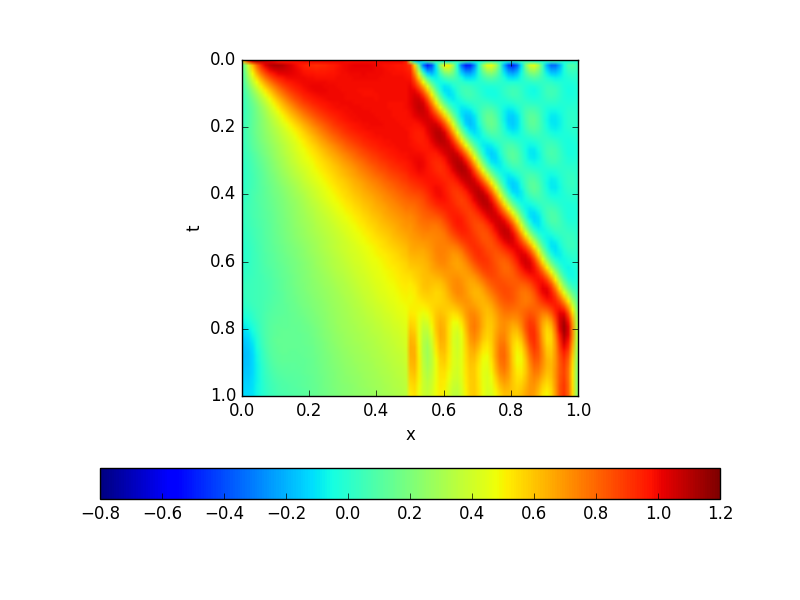 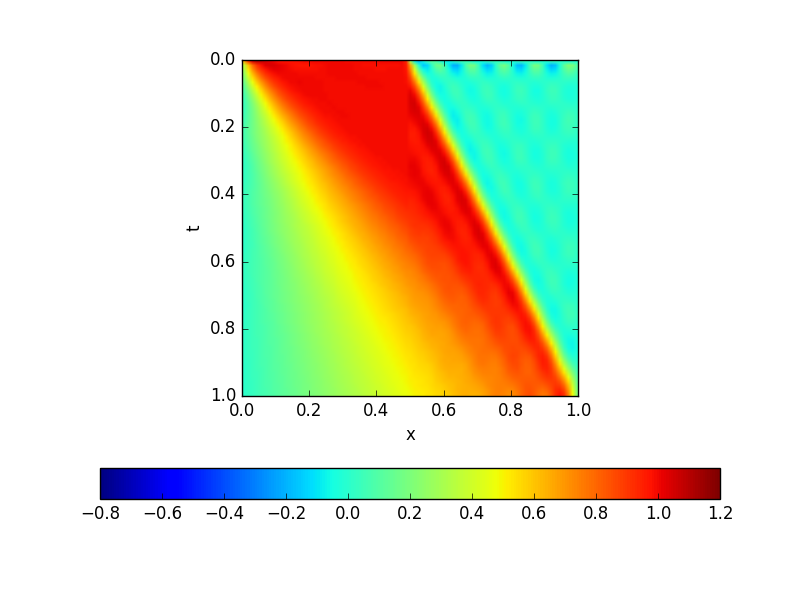 Since this factor $0.375$ works for all kind of experiments, namely for various viscosity parameters $\nu$ and sizes of the space-time bases, I am almost sure that this is not a bug in my code. Thus, my question is: Is there a known issue concerning space-time discretizations of transient convection-diffusion problems that cause this corrections in the convection speed?

Note that I use continuous Galerkin in time as well, so that there is no interpretation of the time-space scheme, as a space discretization plus time stepping.

As before, in the low-order space-time Galerkin approach (right) the wave speed is too high if compared to the FEM/Runge-Kutta solution (left).

EDIT (and confession) I must admit that it was an error in the implementation. After @BillBarth's answer and after that Joost from nutils provided me a benchmark simulation of the same problem with high-fidelity space-time finite elements I was convinced to revise my code bottom-up. Anyways, this is how it could look like with a low-dimensional (12, 12) degrees of freedom in (space, time) space time Galerkin scheme. 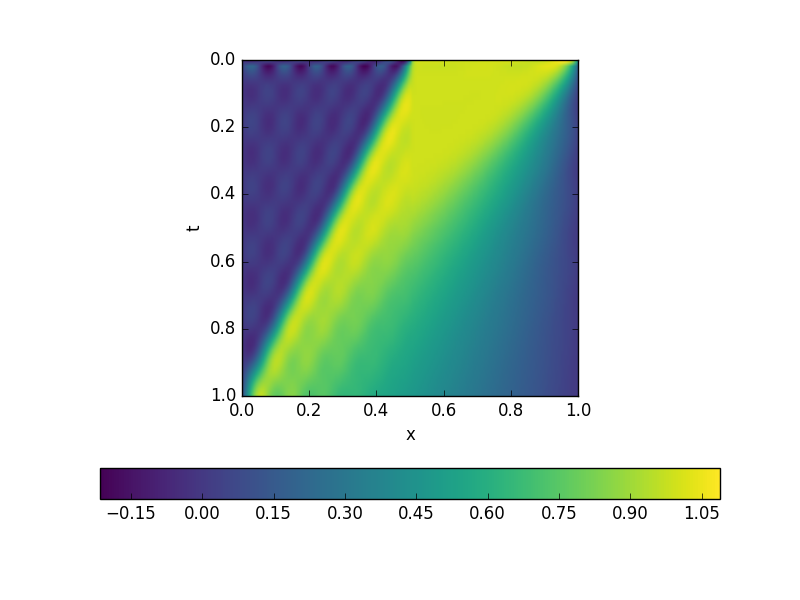 In your third picture, there are still a lot of spurious oscillations. You clearly know your mesh is under-resolved by at least a factor of 2. I'm guessing that the factor of 0.5 in the second term of (*) is externally imposed and that you shouldn't be arbitrarily changing it. Each space-time Galerkin method is equivalent to a finite difference scheme in space and time, depending on your choice of quadrature. I don't know what quadrature you've done here, and I don't have the equivalences memorized, but if this doesn't work out to something that's symplectic, you're very likely to go too fast or too slow.

I'd recommend refining the mesh until the oscillations stop first and see if you pick up the required wave speed. If not, you should work backwards and from one timestep (i.e. one time test function) of your space-time Galerkin method with whatever quadrature method you are using and see what FDM you have. It's probably not sympletic and is likely messing up everything.

Not the answer you're looking for? Browse other questions tagged finite-element discretization parabolic-pde space-time-galerkin or ask your own question.