In the image below I show the measurement points for $B_x$. The points for $B_y$, $B_z$ are distributed similarly but not at the exact same points. The whole domain is not convex but I am only looking at the region inside the black rectangle. 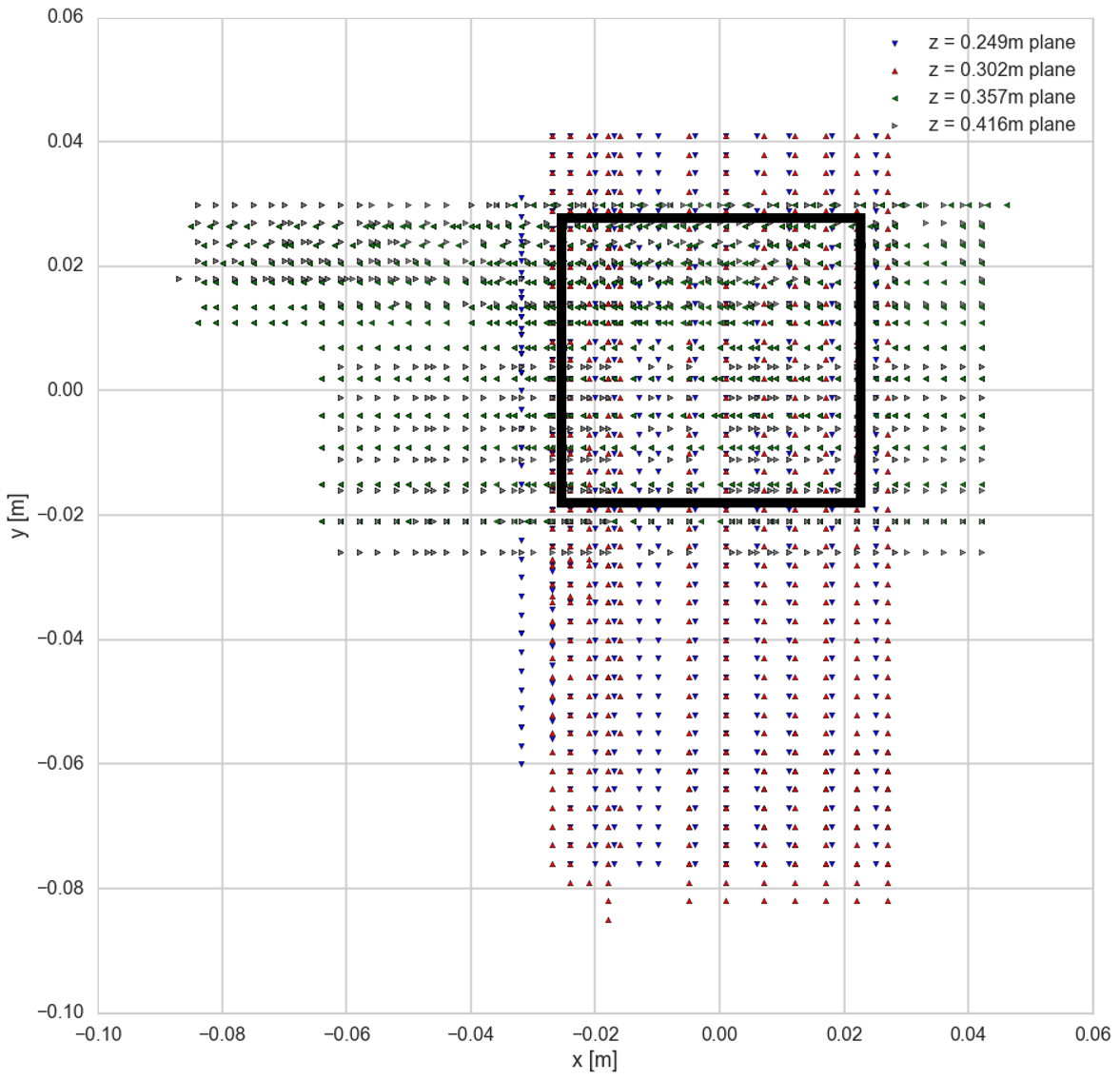 Since the data is non-uniform and $B_x$ and $B_y$ are not measured at same locations I can not use simple finite difference relations. I have tried three approaches

I plotted the magnetic field and $j_z$ for each of the three methods. Only the third (left to right) plot seems to be a curl of the field and gives me the magnitude that I expect from the experiment.

scipy.interpolate.griddata uses scipy.interpolate.LinearNDInterpolator which triangulates the positions and uses linear barycentric interpolation. The same is true for matplotlib.tri. Are these results expected? If all methods are using linear interpolation why is the third method more accurate than taking differences of the interpolated values?

Browse other questions tagged finite-difference interpolation scipy or ask your own question.

1
How to update velocity to include pressure when using P2/P1 elements
0
Interpolation of velocities on staggered grid (in PIC)
1
Interpolating the gradient of a cylindrically symmetric potential field that's 'supposed to' obey the Laplace equation?
2
Solving nonlinear PDE with finite difference based on Newton-Krylov
0
Finite element interpolation
3
At which stage to interpolate?