Will penalty-augmented stiffness matrix cause numerical issues in eigenvalue analysis?

In the finite element method, we often construct the constraints of the system by adding penalty-function terms ( which often are many many magnitudes, up to $10^6$ order bigger than the largest stiffness matrix term) to the stiffness matrix by using the so-called Penalty Method (section 9.2) 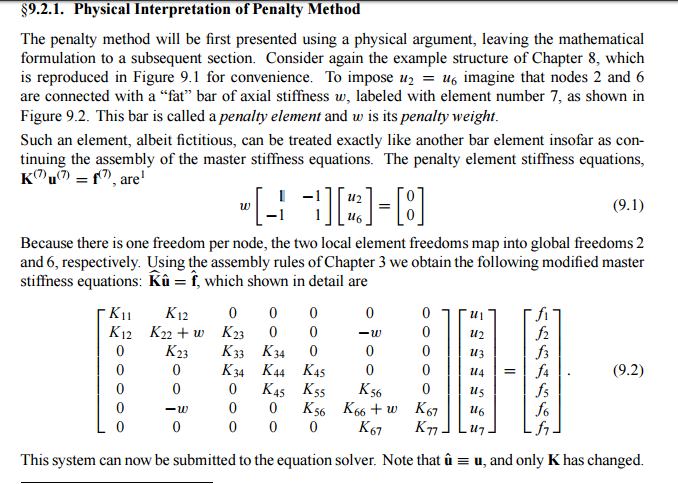 On the other hand,

the eigenvalue analysis, as implemented by ARPACK, makes use of Arnoldi iteration scheme, which involves working on the stiffness matrix many times over in the iteration.

My hunch is that, the out-of-magnitude penalty term in stiffness matrix will make the whole Arnoldi iteration unstable, when it is iterated many times over, resulting in inaccuracy when we compute the eigenvalue analysis. I also don't know how to estimate the inaccuracy level .

Due to lack of competency in rigorous math, I am unable to prove my hunch. Am I right? Can anyone furnish a proof to prove or disprove my hunch?

PS: My hunch is somewhat validated by a note in the textbook reference above ( section 9.7), 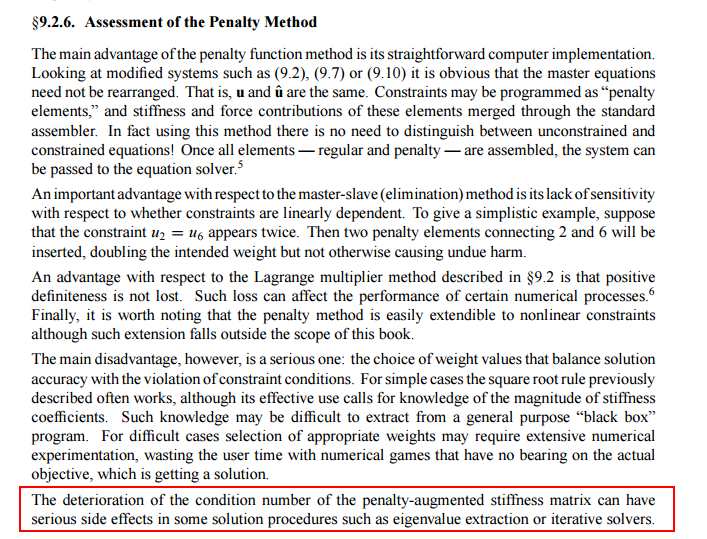 But still, I'll be interested to see a rigorous mathematical argument.

Browse other questions tagged finite-element eigenvalues stiffness penalty-method or ask your own question.