The blue line is sloved with $c_0=10^{20}$ or equation (1); purple and green lines with $c_0=10^{10}$. The difference between purple and green line is the average scheme used for the diffusion coefficient at the cell interface, the former is with simple average and the latter with harmonic average. As shown in the figures below, there are oscillations near the boundaries and the point $x'$. (I should mention that the vary first osscilations began at the left boundary before they built up at the right boundary and the point $x'$). 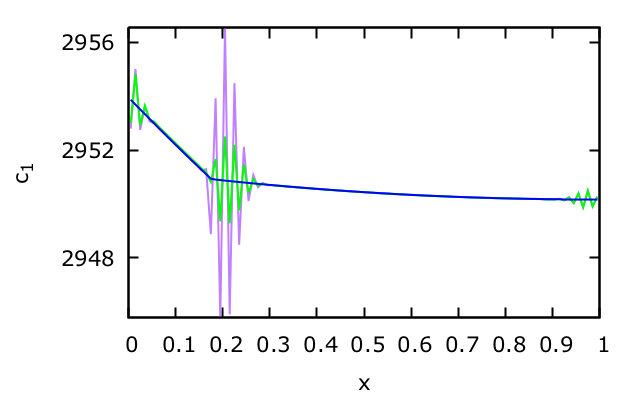 It is odd that even with the oscillations, the scheme with harmonic average never fails to converge at each timestep and follows closely the result of analytical dilution scheme (equation (1)); where as the simple average scheme fails at the one tenth of the time domain. At much later time the solutions look like 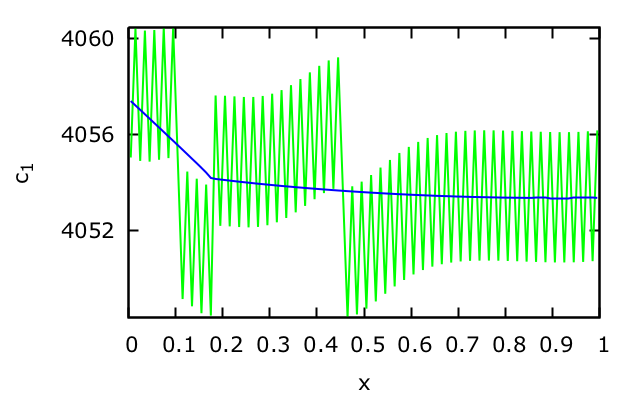 Are there discretizatons within the finite volume scheme that avoid such oscillations?

Browse other questions tagged finite-volume diffusion or ask your own question.

7
Is there a good tutorial or textbook-like source on implementing ENO/WENO with limiters in one (and more than one) dimension?