Why do stabilized formulations for the Navier-Stokes equation maintain the convergence rate for high order polynomial interpolation?

I have a quick questions which has been troubling me lately. When reading the FENICS Finite Element Book they assess various approaches to solver the Stokes equation. Obviously, they discuss the notion of elements that satisfy the LBB conditions, but they also discuss stabilized method. They briefly explain that the core of stabilization method is to add a term to the pressure equation which alters the saddle point problem at the consequence of making the velocity "less divergence free" in layman's term. This is discussed at page 397 of the pdf.

They noticeably insist on the fact that consistency is lost for orders q>1 which makes sense because $\delta$ is of order $h^2$, consequently it would appear to me that the convergence rate for pressure becomes bounded by this term if the order of the pressure interpolation is higher than 2.

Later on in the book they look at the order of convergence of the various scheme as well as the mass loss on a manufactured solution. They look at various polynomial order for the various elements and show the convergence order. For the stablized method, they observed that consistency is maintained for the L2 error on the velocity, for instance using 4th order Lagrange polynomial interpolation, they obtain a order of convergence of 4+1. This is shown in the following table (see the STAB column): 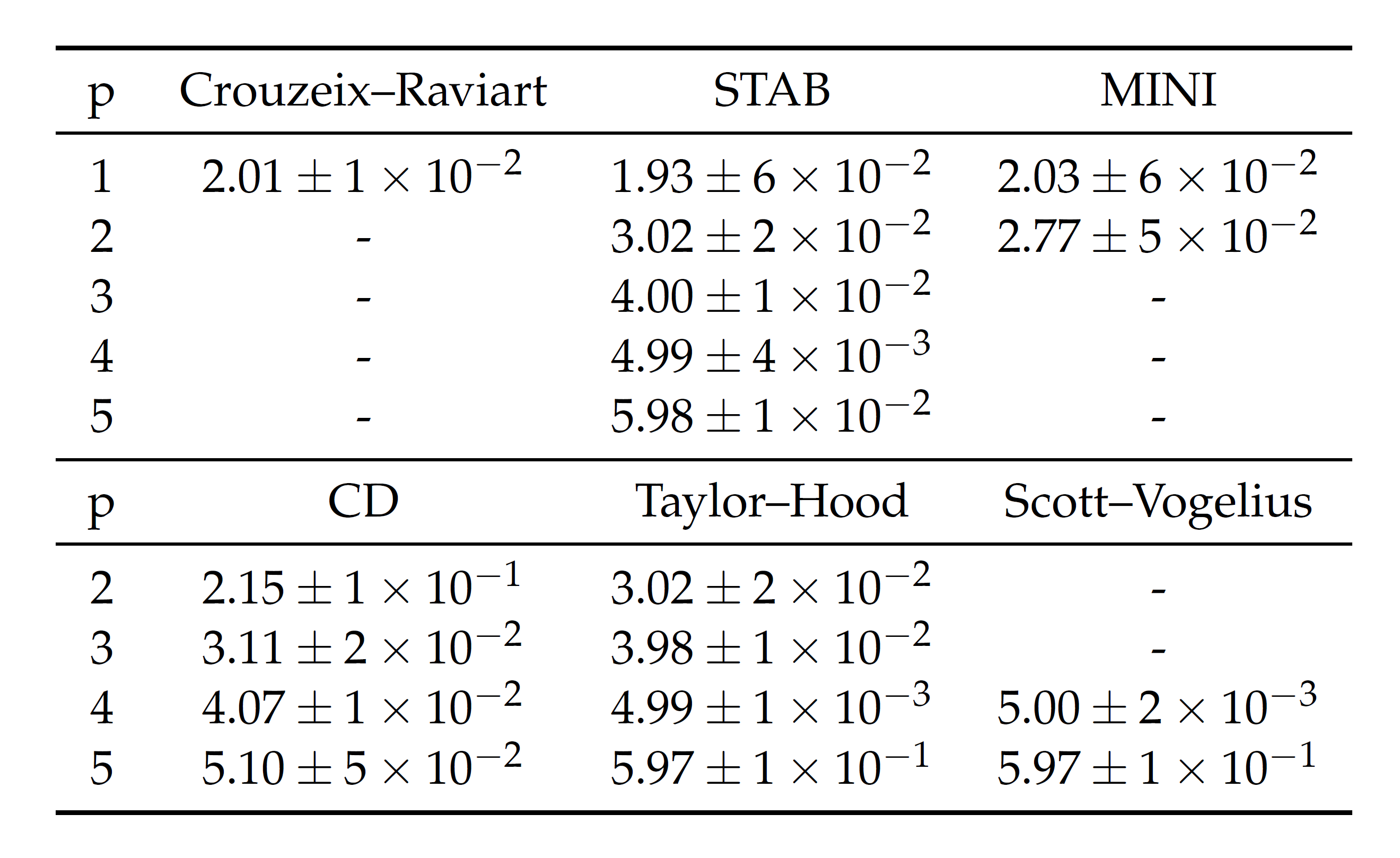 I do not understand how this occurs, considering that the term that is added to the continuity equation is by itself of order 2 in L2 space (due to it being $h^2$). What is wrong in my reasoning? I am obviously missing some details and something is wrong in my understanding of stabilization + high order interpolation. Is consistency maintained for velocity but lost for pressure (that is the order of convergence for pressure is reduce to second order, but not for velocity)? Thank you very much!

Browse other questions tagged finite-element fluid-dynamics or ask your own question.