Given co-ordinates of 8 vertices, how to calculate the outward normal and surface area for each face of a irregular hexahedron?

I am working on an FEA mesh of hexahedron elements. The elemental level calculations involve finding the surface normals and area for each surface of a hex element. I preferred the vector cross product approach. But that doesn't seem to work when the faces are non-planar. Will the isoparametric transformation of each surface be a better option? Since I am already in a finite element setting. 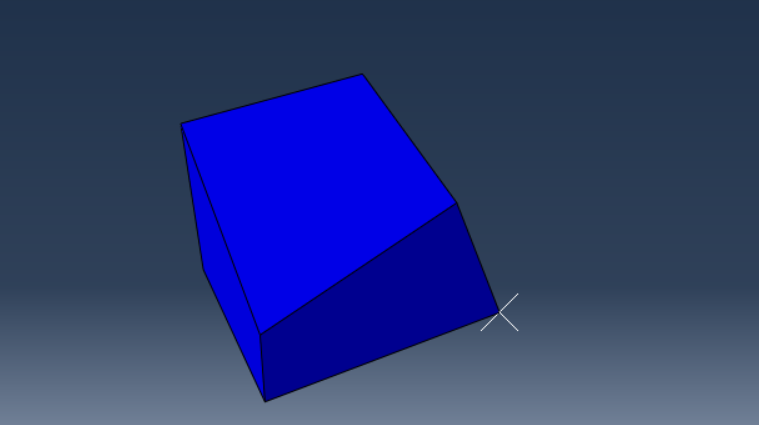 If your vertices aren't coplanar, then your bounding surfaces can't be planes, and your volume is actually "worse" than an irregular hexahedron. Indeed, it isn't actually a polyhedron at all. At this point, having four vertices to a face stops being an over-specification of the surface normals, and starts being too little, in that there are an infinite number of curved surfaces passing through the four points.

This is where you need to take a step backwards and look at what caused you to ask the question in the first place. Since you're doing finite element analysis, it's very likely that the isoparametric trilinear basis through each vertex is actually the definition of the shape you're working with. As such, it's probable that the normals and surface areas you want are the ones arising for that object.

As a bonus, that probably means you can calculate the surface normals (in physical space) at locations given by parametric coordinates (the quadrature points for your method) rather than by physical coordinates. That would save you an inversion for every point on the surface where you need the normal (note again that since the surface isn't planar, its normal isn't constant).

Not the answer you're looking for? Browse other questions tagged finite-element numerical-modelling solid-mechanics or ask your own question.

2
How to derive the functional for a given differential equation using the variational expression?
3
Recommendations on FEM software for implementing Nitsche's method on interfaces between matching meshes?
2
Calculate Jacobian of triangular element given coordinates of vertices and displacements?
0
How to recognize boundary nodes and sides from the given element node connectivity data
0
Compute outward normal and surface area for 8 noded brick element in FEA