Assume I have a system of at least (but generally only) $N+1$ points in an $N$-dimensional space ($N > 3$ is possible). At each of these points $x_i, i=1,...,N+1$ I know an initial potential/concentration/quantity $P_i$. I can evaluate the possible connections between all points. I also have an isotropic diffusion coefficient $D$. I am now interested in calculating diffusion between these three points (with mass conservation). I have sketched an example case in 2-D.

This problem sounds rather easy, but I quickly realized that it isn't. Classic finite difference approaches require (to my knowledge) a structured gid, which I don't have. Finite volume could handle unstructured grids, but I cannot afford tessellation in high dimensions (say, $N > 100$). For both approaches I would have calculated the first potential derivative along each line (e.g., $x_1$-->$x_2$), and assumed that the same derivative half a distance outside (dashed lines) is zero. Unfortunately, I don't think this assumption works if I have more than $N+1$ points. Finite elements might be an option, but I have yet to find a tutorial which would cover such a case.

Do you have any idea how to solve this system?

Edit: Some additional clarification concerning my goal: I want to simulate the equilibration between the $N+1$ vertices. I am only interested in solutions at the vertices themselves, and diffusion would occur along the edges. The specific equation I want to solve is the heat equation: 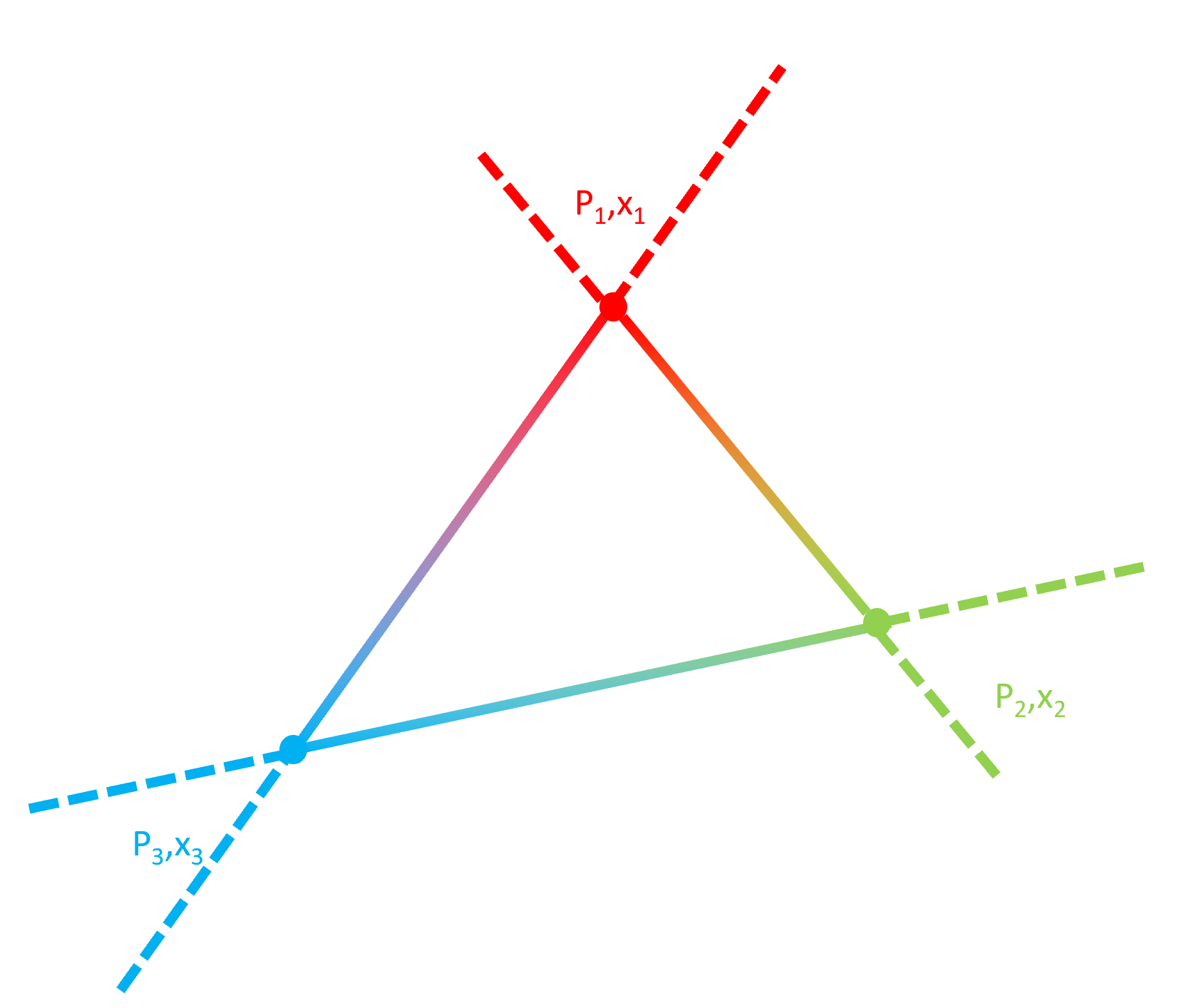 Browse other questions tagged finite-element finite-difference diffusion high-dimensional or ask your own question.