I work on modelling high intensity discharge xenon-filled lamps. The model governing the discharge is quite complex and sadly includes fluid dynamics. After some time, I managed to implement a finite-difference particle-tracking lagrangian fluid dynamics for axisymmetric 1D discharge:

Model works great for pulses with current of about 500A and duration greater than 50e-6 seconds, however once I go into kA ranges waves rebounding from the lamp wall tend to spuriously oscillate and destroy the model upon converging in the center ( 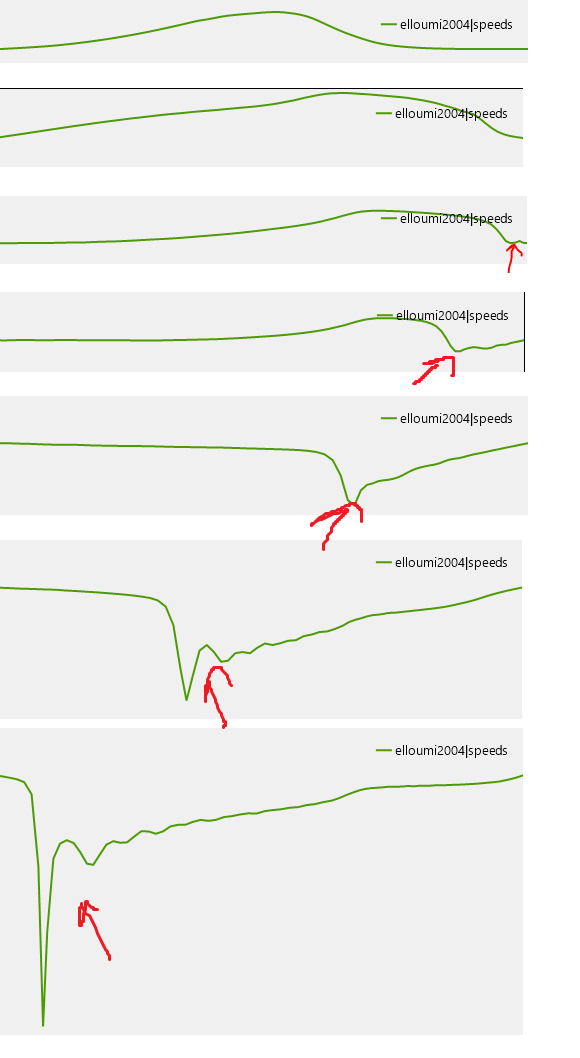 I tried some less radical methods of dealing with these oscillations like introducing artificial viscosity, however I found that my implementation of them greatly reduced stability due to loss of conservation.

With great dread I look forward to rewriting everything from scratch in terms of TVD scheme or with nested grids or with something equally time-consuming, and my question is: what are some less intrusive approaches to eliminating spurious oscillations that I overlooked?

Browse other questions tagged pde finite-difference fluid-dynamics hyperbolic-pde or ask your own question.

23
A good finite difference for the continuity equation
7
Compressible flow through a porous medium with a variable inlet concentration
4
Projection Method: Boundary condition on intermediate velocity field
3
Energy Conservation in Conservation Laws with Source Terms
2
What is the exact formulation of compressible Euler equation of gas dynamics in polar coordinates with artificial diffusion in 2D?
1
Instability of pdepe in Matlab… boundary conditions?