I have the impedance matrix $Y$, formulated from an electrical network by augmented nodal analysis. The matrix $Y$ is shown as an image to illustrate its feature visually, where all the white blocks are zero. 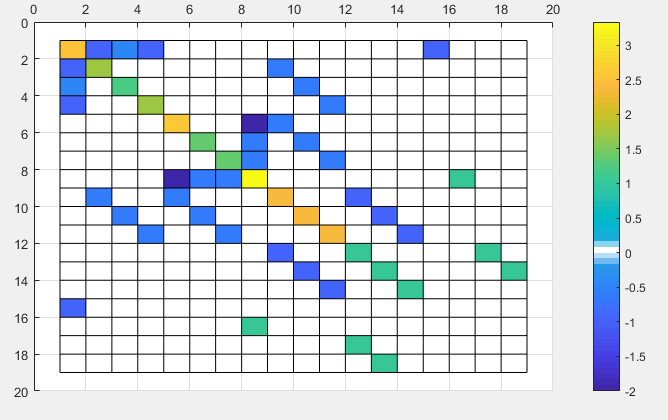 What could be the best possible way to inverse such matrix which is required to solve the linear equation in the form $Yx=b$? Furthermore, in each iteration of the network solution, only the first $8\times 8$ elements get new values. All other elements remain as is. Any suggestion will be highly appreciated.

For a matrix that small, you're probably not going to do better than using dense methods.

Of course your results may vary based on hardware, software, phases of the moon, etc, but hopefully this gives you an idea of what ballpark you're in.

Not the answer you're looking for? Browse other questions tagged linear-algebra linear-solver sparse-matrix or ask your own question.