Heavily edited question after I realised partly what the problem was

Of course the system is not uniquely solvable (up to a constant) so I included a row of 1s on the bottom of the sparse matrix to represent $\int_\Omega u dx = 0$. I also add a column of ones on the right side to represent the lagrangian to solve for (?). The bottom right corner is a zero.

This answer has some information about how my system is setup.

Anyway it is no problem to solve the sparse system using scipy's library. The result is as follows: 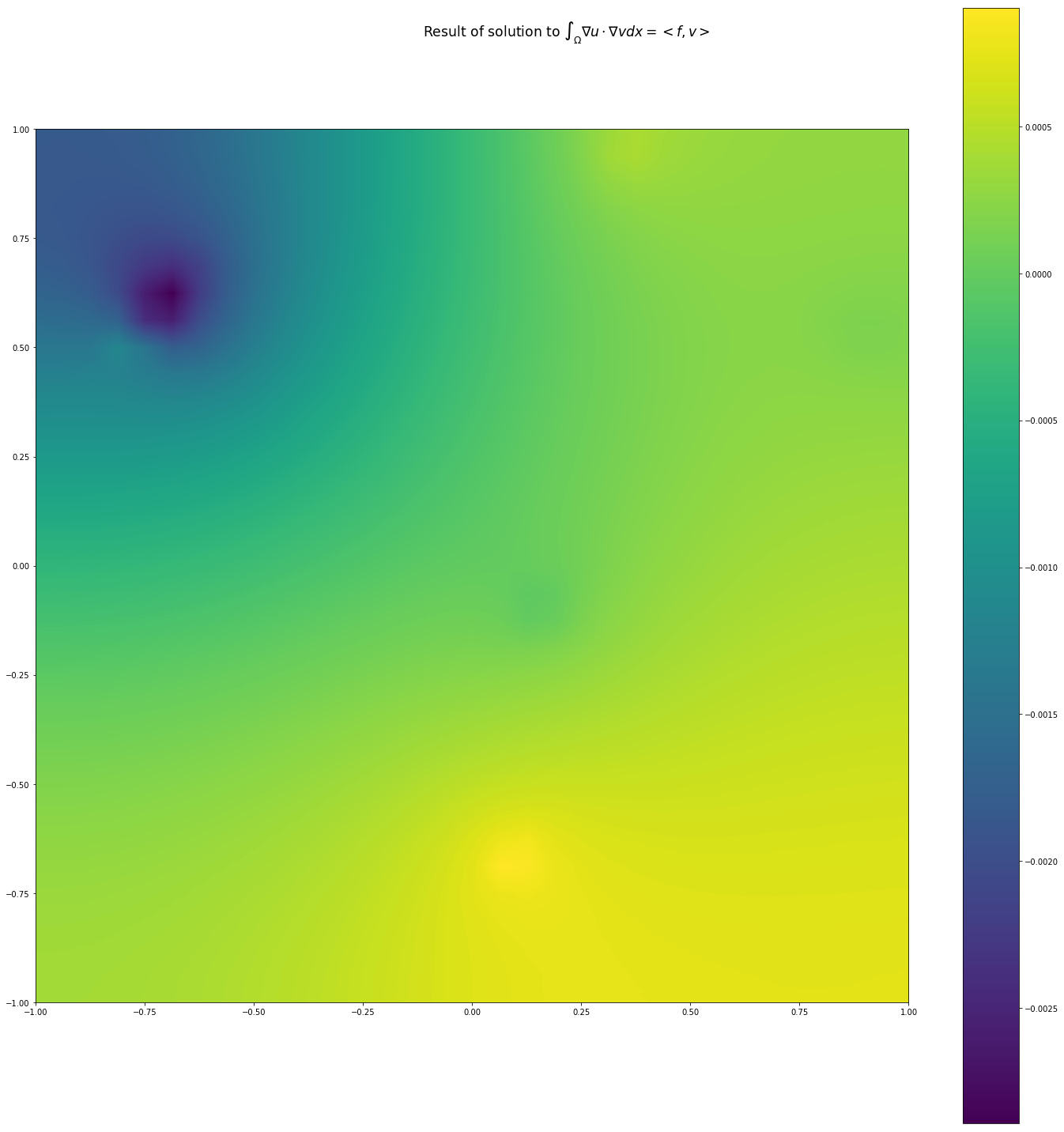 Now see the result when I try to solve with my own CG method or that of scipy, similar result: 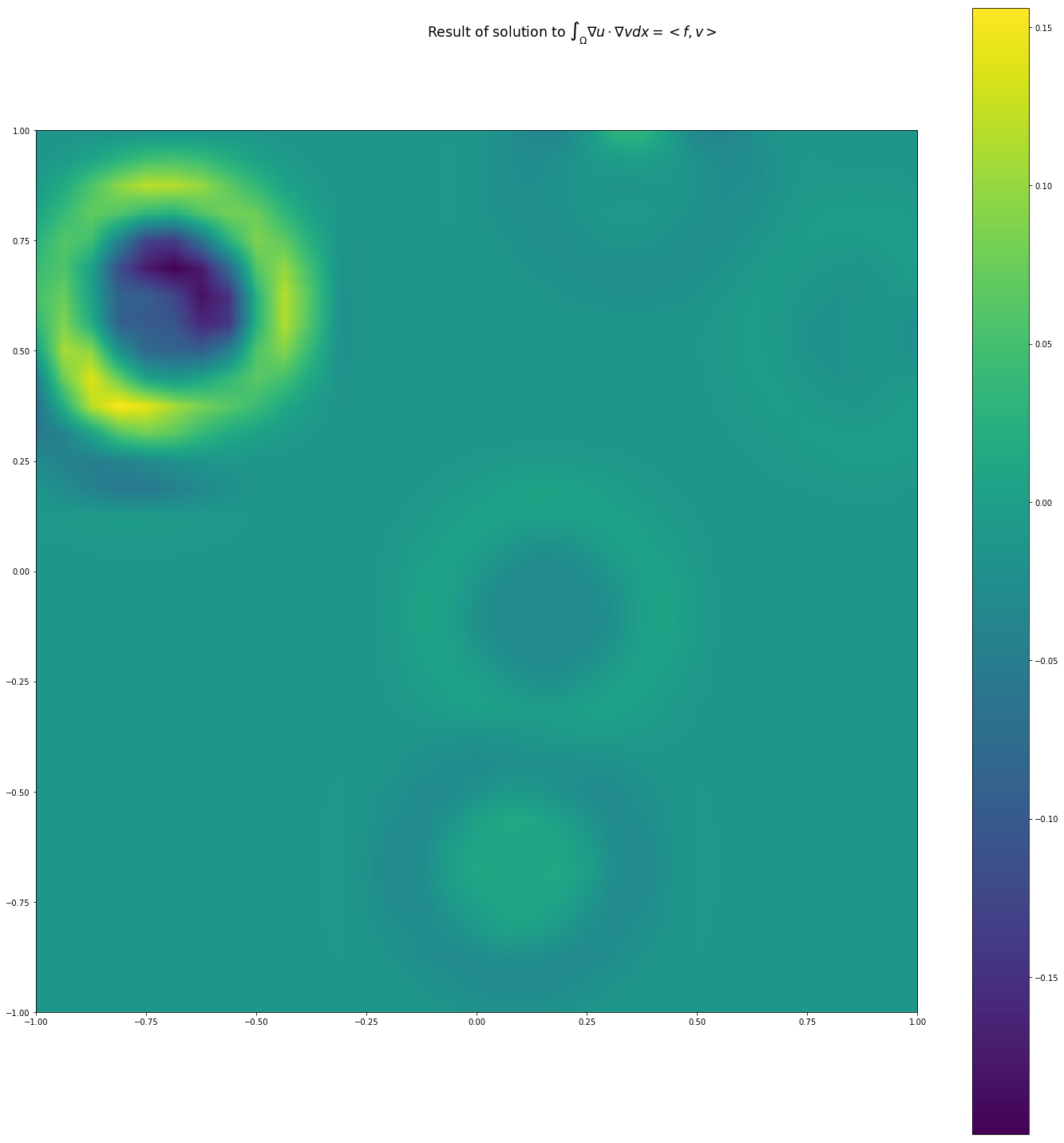 The blocks clearly have a drop in value at their centres.

Anybody have experience similar to this? Any ideas what I've done wrong? I'm using np.linalg.cond and have found that the condition number is 626.

I took a look at the eigenvalues produced by scipy.sparse.linalg.eigs and np.linalg.eig and noticed that in the process of modifying the stiffness matrix, the 0 eigenvalue is removed but two new eigenvalues appear at $\pm \sqrt n$ where n is the size of $A \in \mathbb{R}^{n\times n}$.

So the matrix now has a negative eigenvalue. Solution to this was to use a scipy.sparse.linalg.bicgstab gradient method which produced the following and is better but not really great: 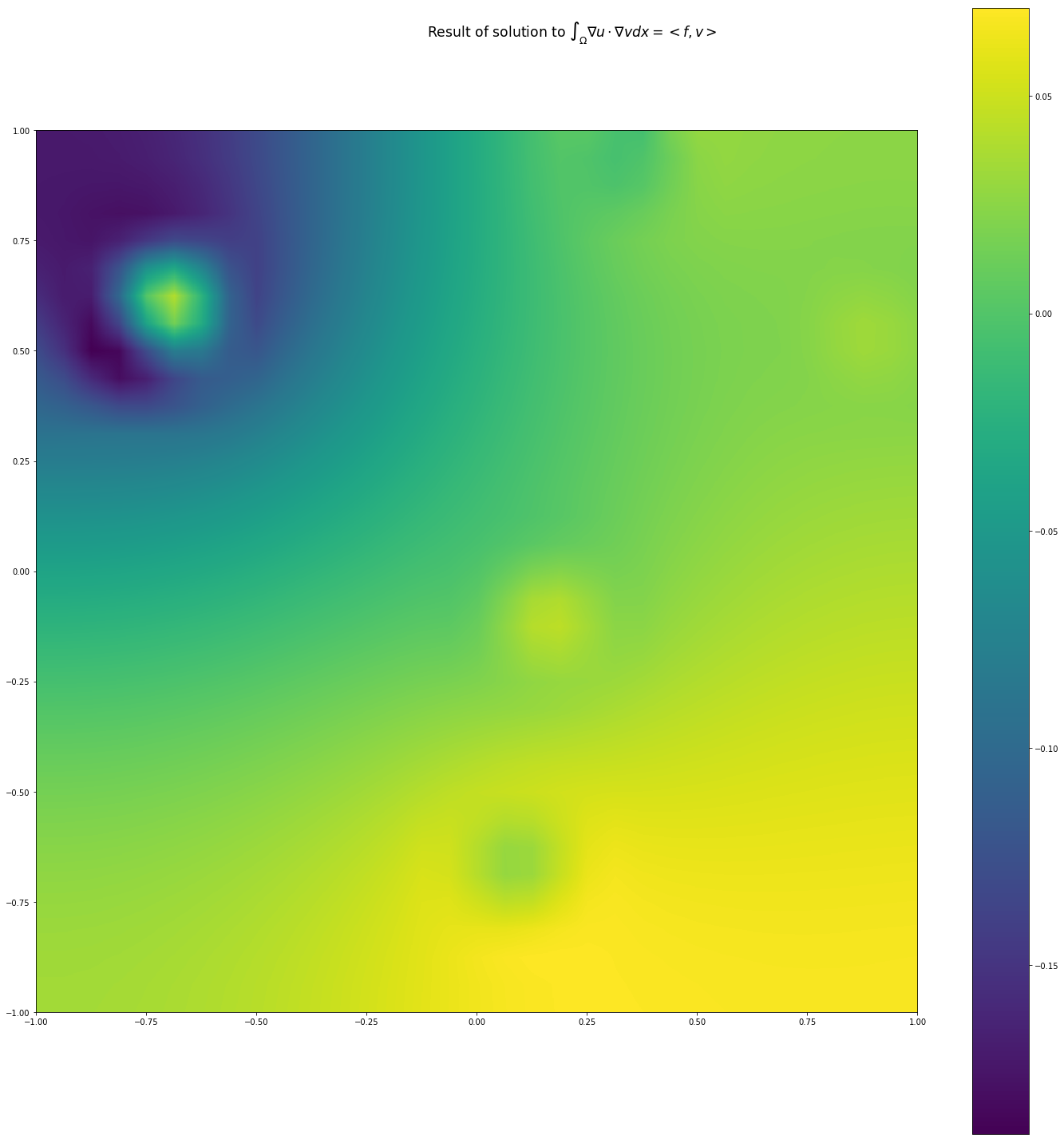 Solution was to code my own Biconjugate Gradient Stabilised which led to this: 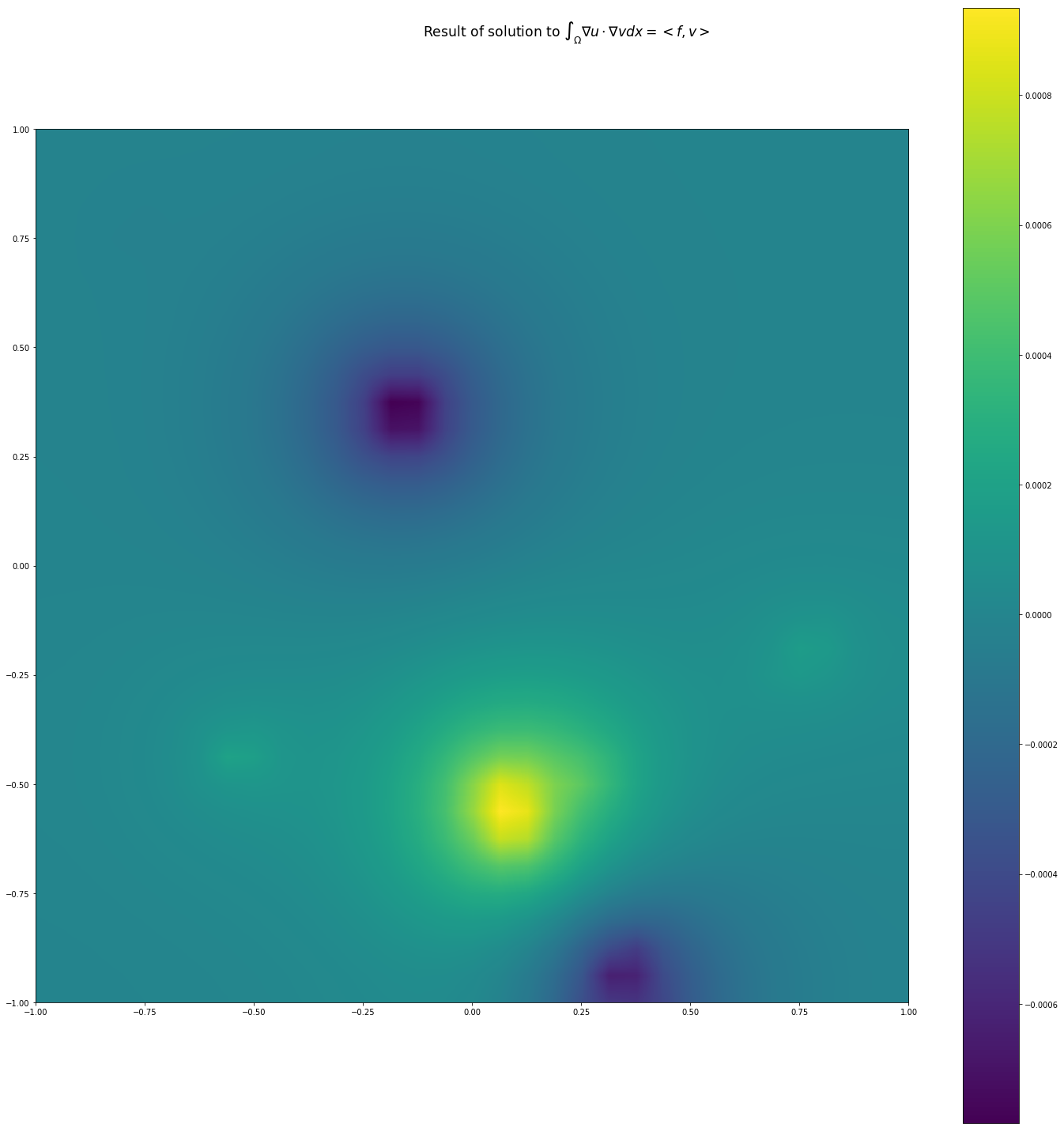 for a different (randomly generated) source: 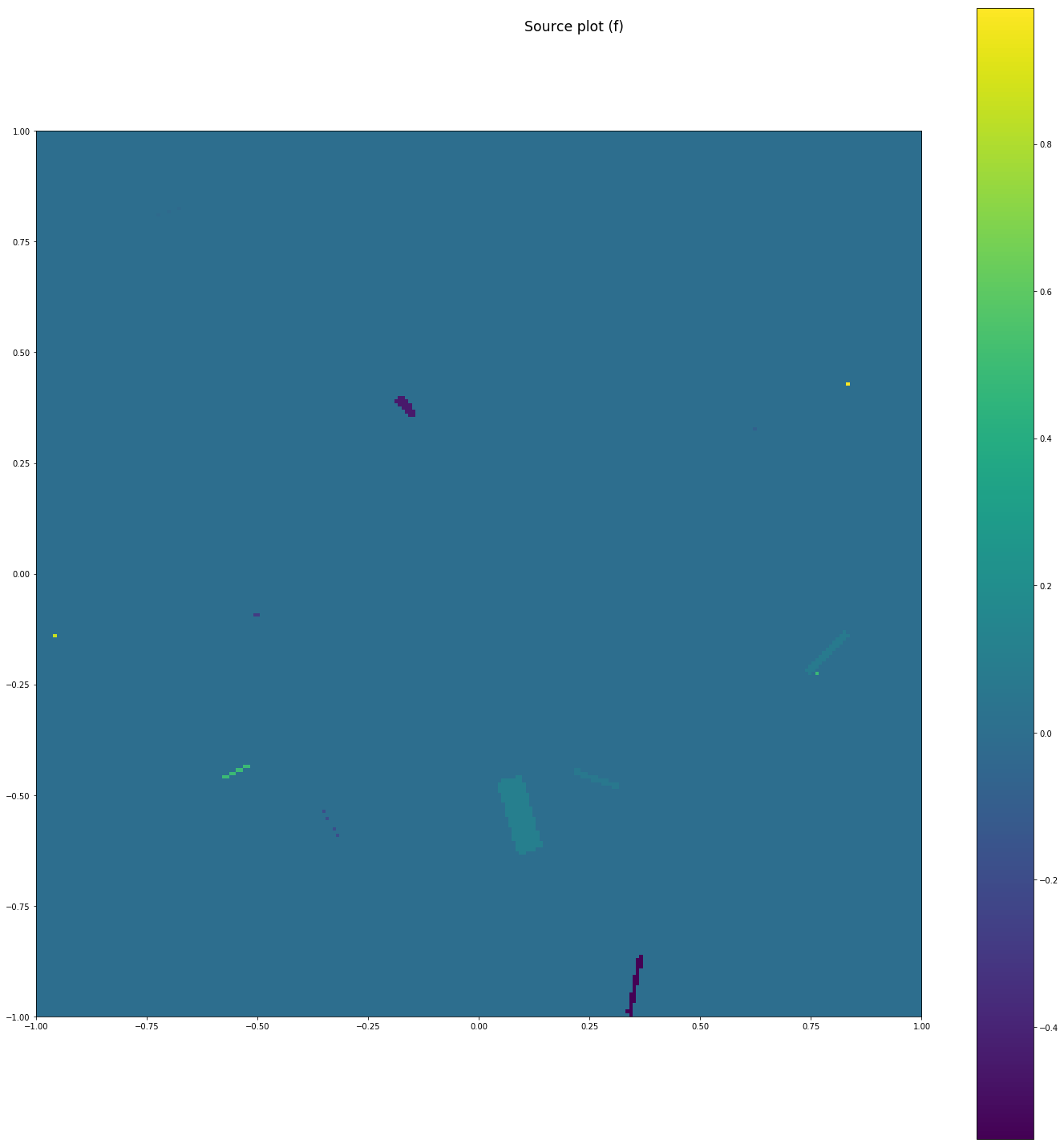 Not the answer you're looking for? Browse other questions tagged convergence scipy conjugate-gradient or ask your own question.