Is there any deep learning library based on Trillinos or Petsc linear algebra?

When you talk about distributed linear algebra, I take this to mean between nodes.

This probably wouldn't be a good design choice.

Why would you distribute the problem?

The K80's internal bandwidth is about 480GB/s (gigabytes per second). The Haswell architecture is about 102GB/s. The first-generation TPUs had a bandwidth of about 34GB/s.

In comparison, Infiniband, which is the interconnect used in many supercomputers, has a bandwidth of just 25GB/s.

If we look at a roofline chart of deep learning models, this provides some useful information: 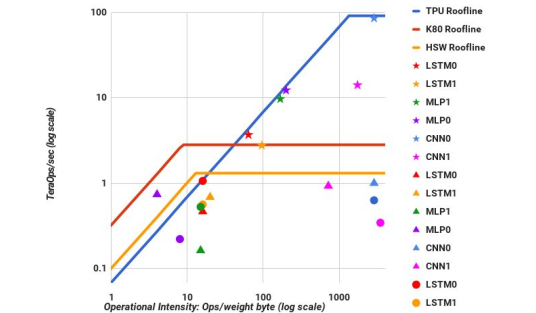 The vertical axis is performance while the horizontal axis is memory reuse (operations per byte once it is loaded from memory).

The diagonal lines are regions where the kernels are limited by the speed of memory. The horizontal lines indicate limitations from the speed of floating-point operations. Using Infiniband at the speed I state means drawing a new diagonal line: 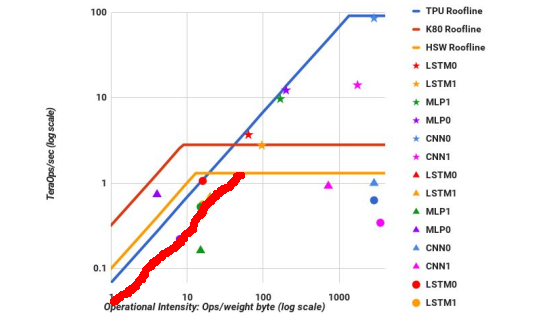 The memory-bound kernels can be accelerated in two ways:

As you can see, Infiniband does neither of these things. Therefore, this kind of distributed operation is unlikely to be useful for accelerating deep learning.

What about the second possibility: training larger models? Larger models require greater training time and training is expensive. Couple this with having to train slower and it's a no-go.

What about limiting yourself to a single node? Well, in that case there are simpler libraries than PETSc (e.g. MKL) that perform this same operation, so there's no need to pull in the PETSc dependency. 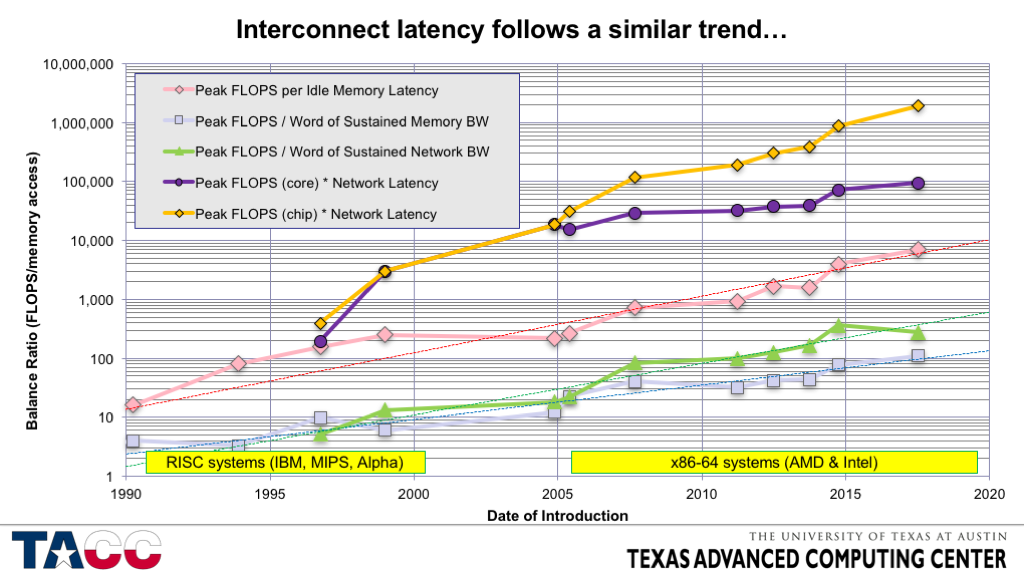 This means that if you want peak performance you need to avoid interconnects and this will become more true over time. Research in communication avoiding algorithms seeks to find ways of achieving good performance in the face of this reality. In deep learning, distributed training methods have a similar motivation.

Aside from the algorithmic costs of communication, it's expensive in terms of energy: 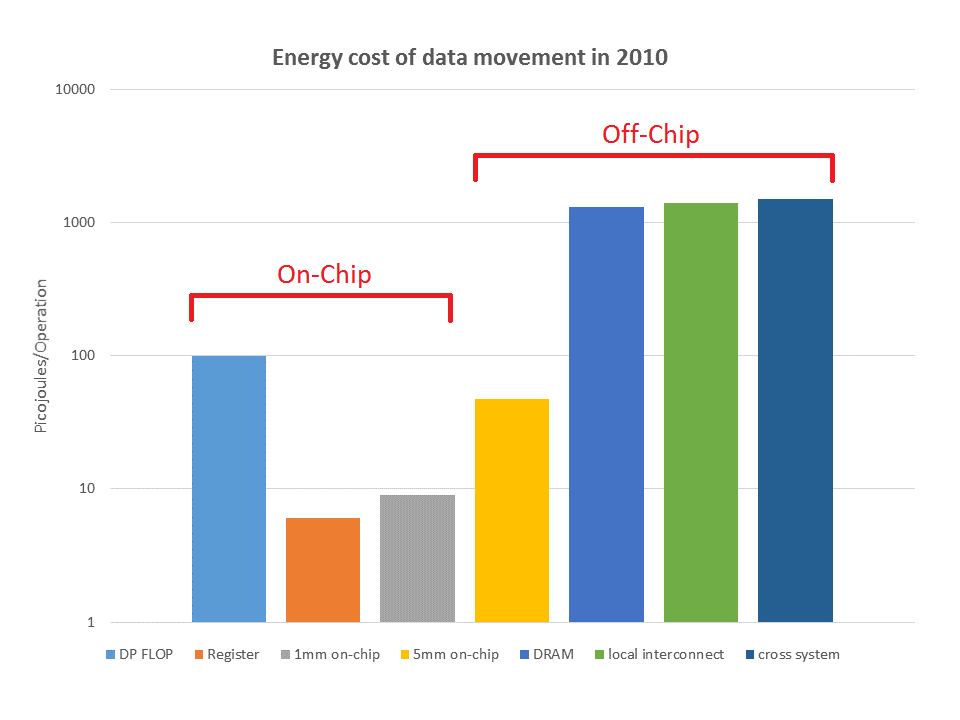 Collectively, these trends are also changing the way we design computers. Summit, for instance, clusters a lot of compute power per node to reduce costs.

Since you are interested in ResNet, you may want to check out this repo: https://github.com/steffi7574/LayerParallelLearning

It is based on the idea of "parallel-in-layer" and uses XBraid to distribute the layers. It is not exactly PETSc or Trillinos, but it is close.

I have looked into distributed learning, more specifically, model parallelism, which would be related to distributed linear algebra. But I was not able to find a nice ML framework to do that. For instance, implementing a scalable algorithm described in that repo would be very challenging in any ML framework.

Not the answer you're looking for? Browse other questions tagged parallel-computing machine-learning or ask your own question.