Why wall shear stress calculated from LBM directly and the one calculated based on velocity profile are so different in some cases?

First of all, I hope you accept my apologizes if my question seems off topic here. But, I asked this question in ParaView forum and after a week still I did not receive any response yet, so I'm wondering if I could find an answer hopefully here. 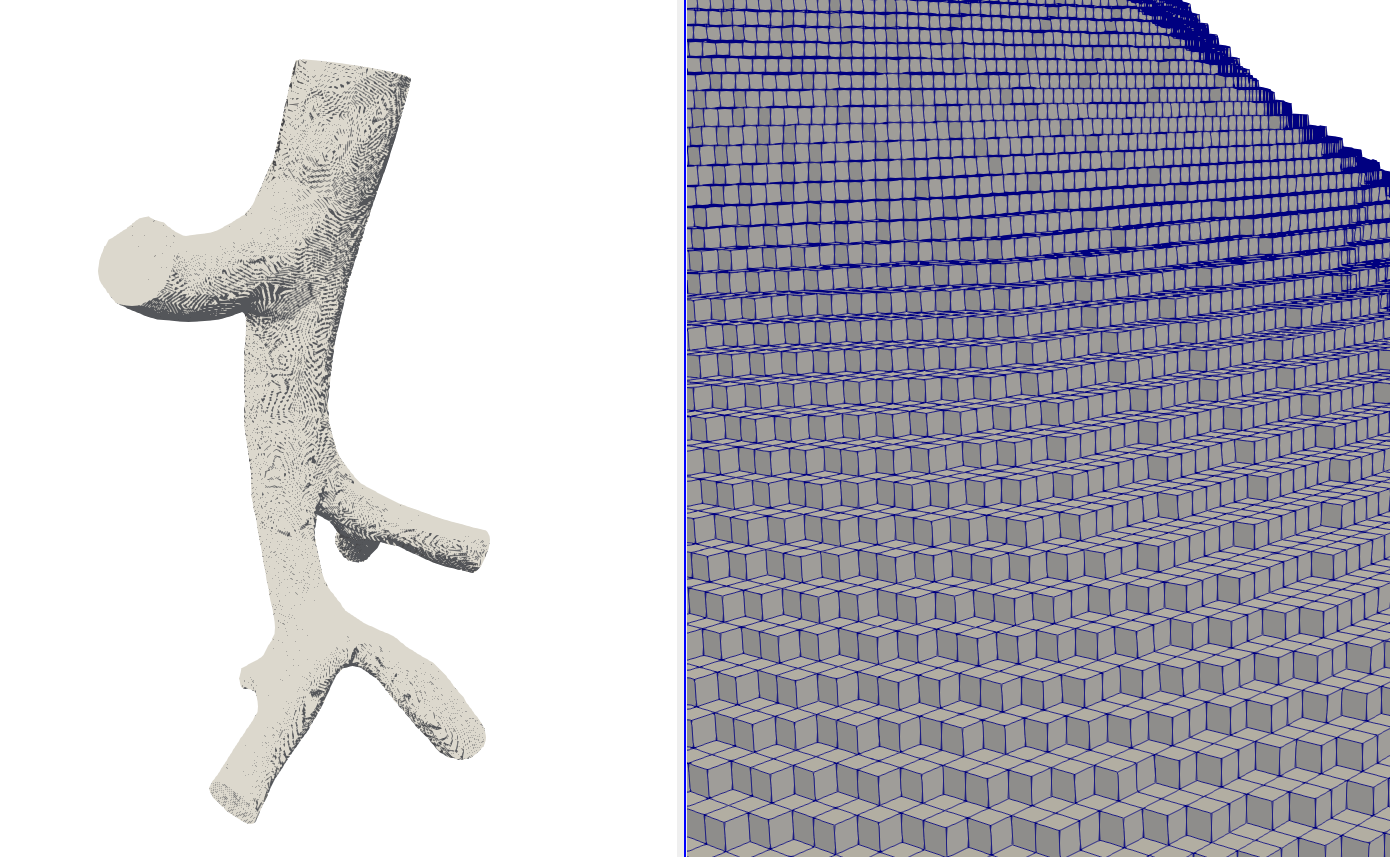 Where $N_{neighbors}$ are the number of neighbors of the voxel in the surface, $\vec{n}_{\nu}^{i}$ are the initial normal vectors of voxel $i$th $\nu$th neighbor from CGAL, and finally $d_{\nu}$ is the distance of voxel to the true boundary in non-dimensional unit.

So, we get the wall shear stress from here and it is compared to other finite element flow solvers, which shows that error is less than 10%.

On the other hand, from macroscopic point of view, we could calculate wall shear stress from velocity profile as:

We expect that if we use above formula, we should get more or less same value as LBM calculations. Note that we already know $\mathbf{u}$ from LBM simulation, but we want to use GradientOfUnstructuredDataSet class from ParaView to calculate wall shear stress from velocity field. We do this for 69 different brain artery geometries. Note that we don't use exact same $\vec{n}$ value from voxelization part here. Instead of that, we extract boundary of voxelized mesh by taking ExtractSurface class of ParaView and we use GenerateSurfaceNormals class to create normal vector of that staircase surface.

You can see the result of these 69 different cases in this plot, where x axis is the WSS calculated from LBM and y axis is the WSS calculated from ParaView. The thing, which is really strange is that if the above procedure were completely wrong, we should see a systematic offset of datapoints, but obviously my datapoints are all over the place and seems distributed somewhat randomly: 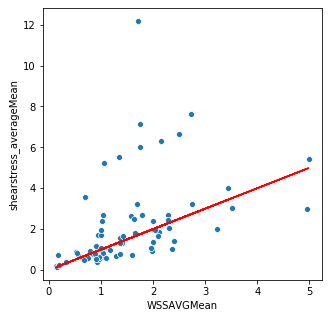 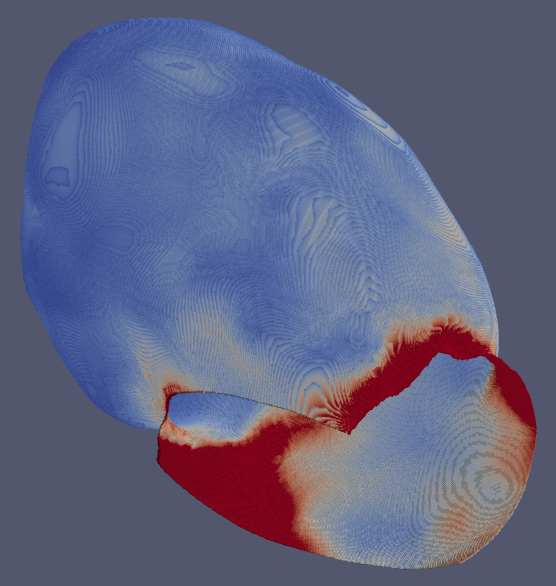 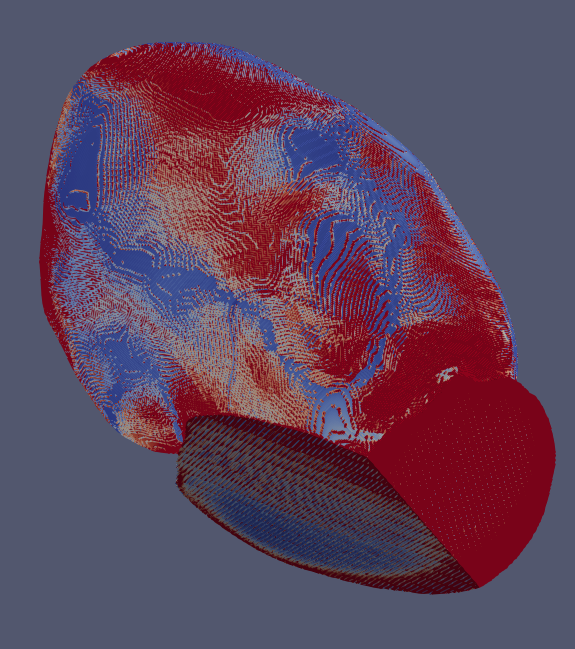 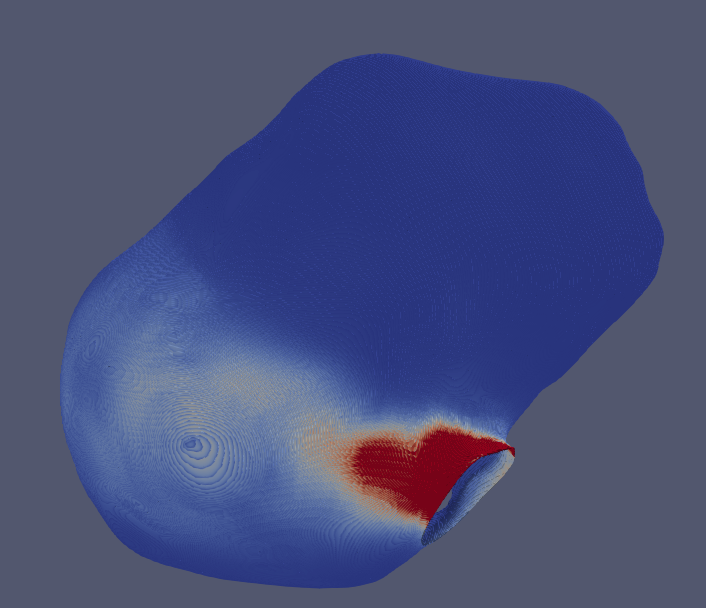 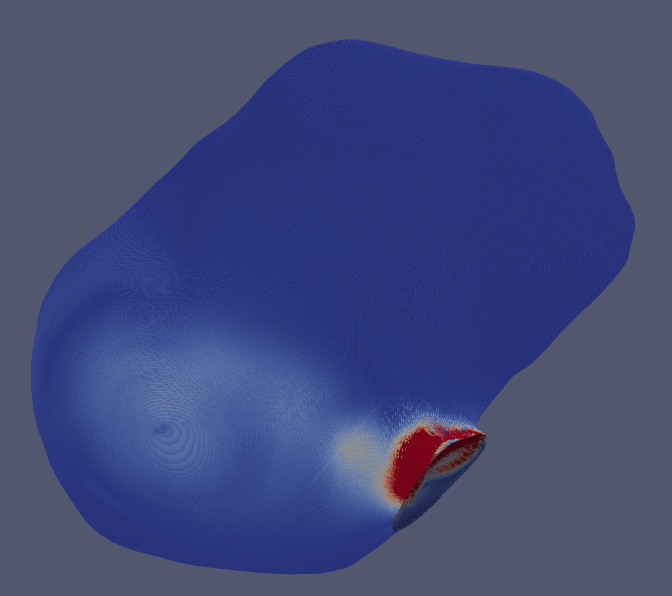 I appreciate if someone has any idea what's going here. I don't have any idea why it behaves like this. For some cases, it just shows perfect agreement, but for some other cases with exact same script and code it just produce a result completely different. Am I overlooking something hidden in the GradientOfUnstructuredDataSet? Particularly, does anyone know how GradientOfUnstructuredDataSet handles boundaries to take gradient? Still, the answer of those question does not give the answer why for some cases it works quite well and for some other ones it does a pretty bad job.

Browse other questions tagged unstructured-mesh paraview lattice-boltzmann-methods or ask your own question.