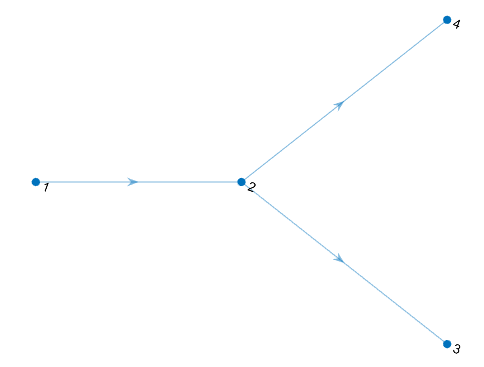 According to Gauss divergence theorem,

where $v$ and $c$ are the velocity and average concentration in the respective pipe section, respectively.

This implies incoming flow is equal to the outgoing flow.

The continuity equation is in terms of flow and in the solute transport equation the products, $vC$, give flux in and flux out (in terms of moles/area/s).

In some references that I looked up, the fluxes in the solute transport equation are written in terms of moles/s. So, I am confused whether flux should be expressed in unit area i.e moles/area/time or moles/time while modeling flows through varying volumes.

Could someone explain how the above condition can be incorporated in the discretized version of the solute transport equation?

Multiplying equation (2) by area changes the units of RHS to moles/length/time, whereas the units of LHS is in moles/volume/time. I am not sure how this has to be handled so that the units are the same on both sides.

Also, I couldn't completely understand the implication of Gauss Divergence theorem.In the sense, from what I understand the gauss-divergence talks about flux (per unit moles/area/time) that is entering and leaving a control volume element. However, here we are looking at the flux ( in terms of moles/time) entering and leaving the control volume (node 2).

Not the answer you're looking for? Browse other questions tagged fluid-dynamics conservation or ask your own question.

2
How to get discretization coefficients of matrix A in Finite Volume Method (FVM)?
2
Can the conservative form of the advection equation be re-written by replacing the velocity term with an integral over all other points in space?
6
Solution blows up when using Runge-Kutta to solve simultaneous ODEs for liquid film equations
2
a few questions on understanding geometric conservation law
2
Finite volume piecewise linear 2D advection develops instability
2
Does mass balance hold in convective diffusion
4
Modelling flow through pipe networks