How to visualize multidimensional (d>10) function

I need to visualize the response of a function

with d in the order of 10-12 (the function f was sampled using finite element simulations). For lower-dimensional design studies (d=4 or 5) I would do a 3D plot, plot of $y=f(x_1, x_2)$ and then use several glyphs (colour and size for instance) to represent the other independent variables. However now for 10 to 12 independent variables, my approach doesn’t work.

Is there a standard tool or technique to make such plots?

I doubt there is a standard tool/technique for this kind of task. Nevertheless, there are some approaches. You would need at least one of the following strategies, according to ref. 1 (ch. 8):

A common approach is to use a scatterplot matrix. This consists of a grid of scatterplots, with the grid having N² cells, where N is the number of dimensions, as the following figure. 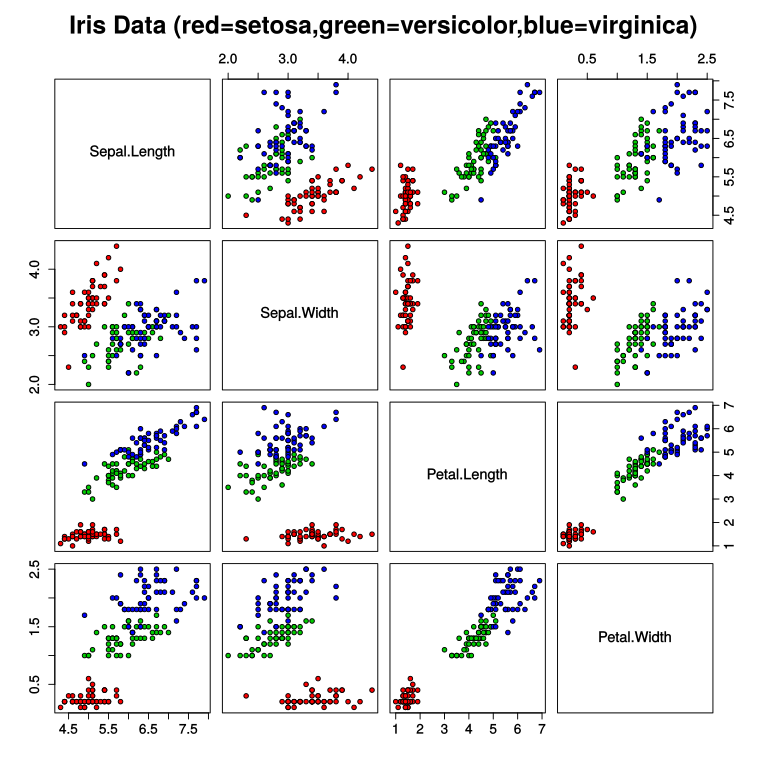 Notice that a strategy does not (necessarily) exclude another one. In the jargon of visualization this "strategies" would fall in the following categories:

Regarding your specific problem, I would try to use one of the following: 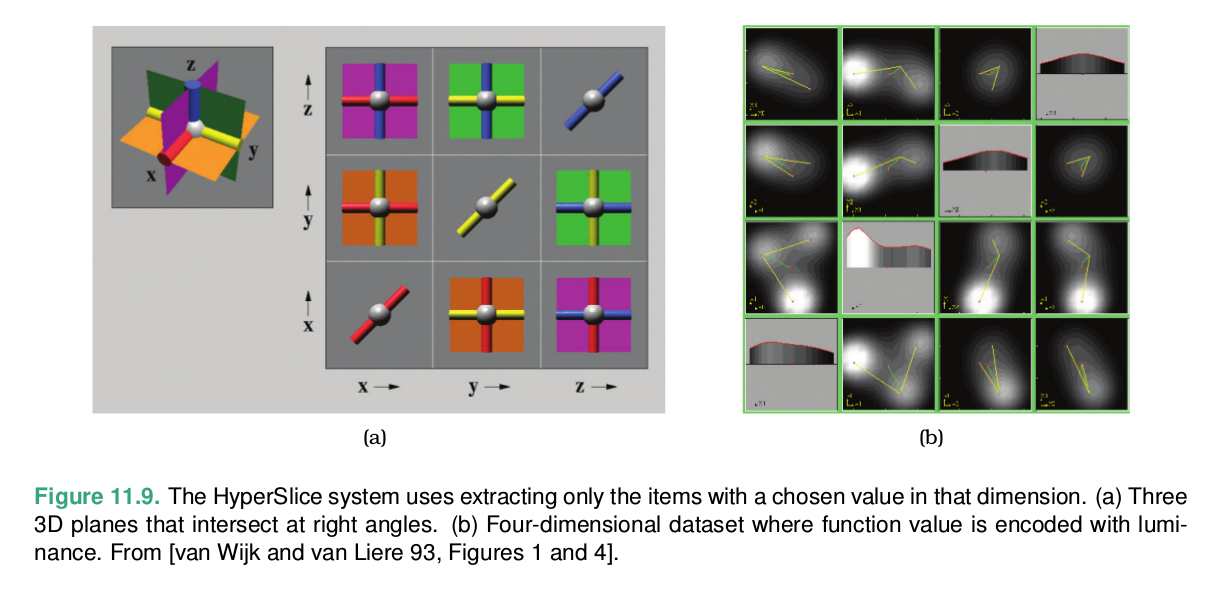 Those are the main options that come to my mind right now. In any case, I would suggest to check chapter 8 of reference 1, chapters 11-13 of reference 2 and take a glance at reference 3.

Not the answer you're looking for? Browse other questions tagged visualization or ask your own question.

5
How do I create an animation from a 2D model or dataset?
2
How can I set different axes for different plots in gnuplot?
5
How can I plot piece-wise defined function in some easily-accessed open-source tool?
24
Algorithms for (adaptive?) function plotting
6
how to visualize lattice with periodic, helical, etc. boundary conditions?
3
How to do local FFT on huge 3D vector data cell mesh and visualize it spatially?
5
How to generate sloped streamslice plot of magnetic field in Matlab
0
How-to: Epic visualizations of 3D fractals?
2
In practice, what are the most useful ways to visualize 2d fluid flow, to tell what is happening in the simulation? Esp for verification and debugging
0
How to create an optimal pizza delivery plan and how to visualize it