I have rephrased my original question to be clearer: 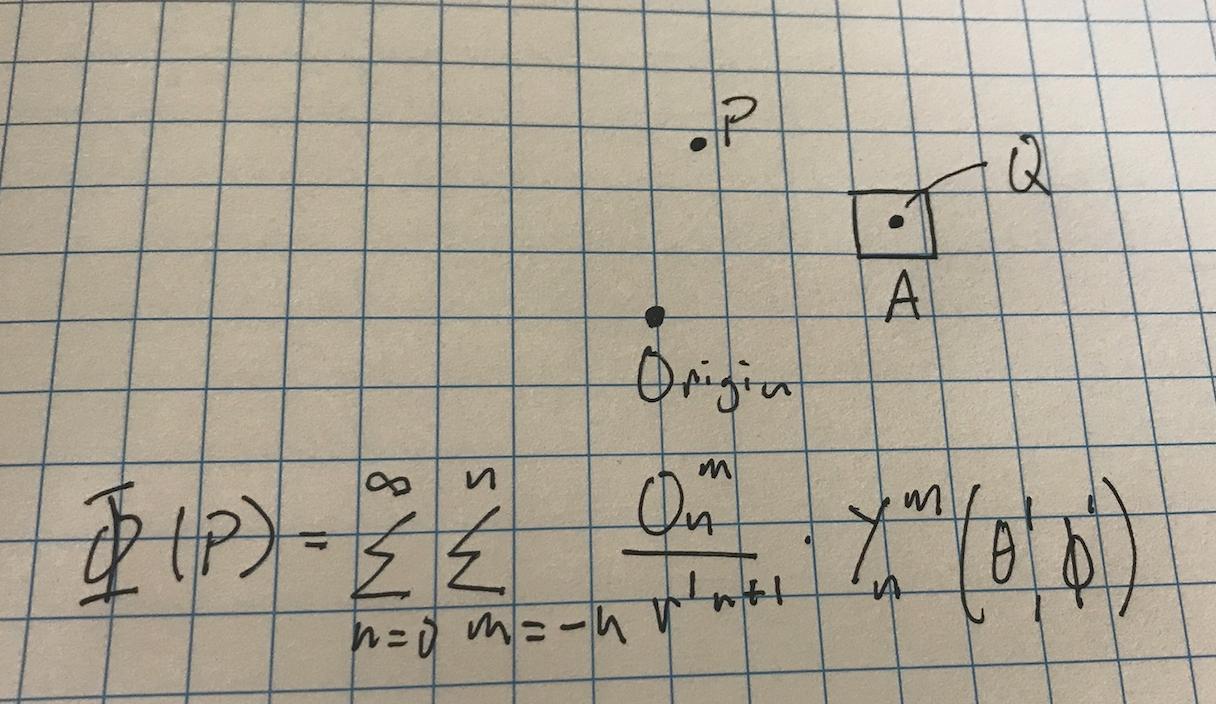 Where the primed variables are the coordinates P - Q.

However, the translation theorem commonly used to convert children multipole expansions to their parent is given by: 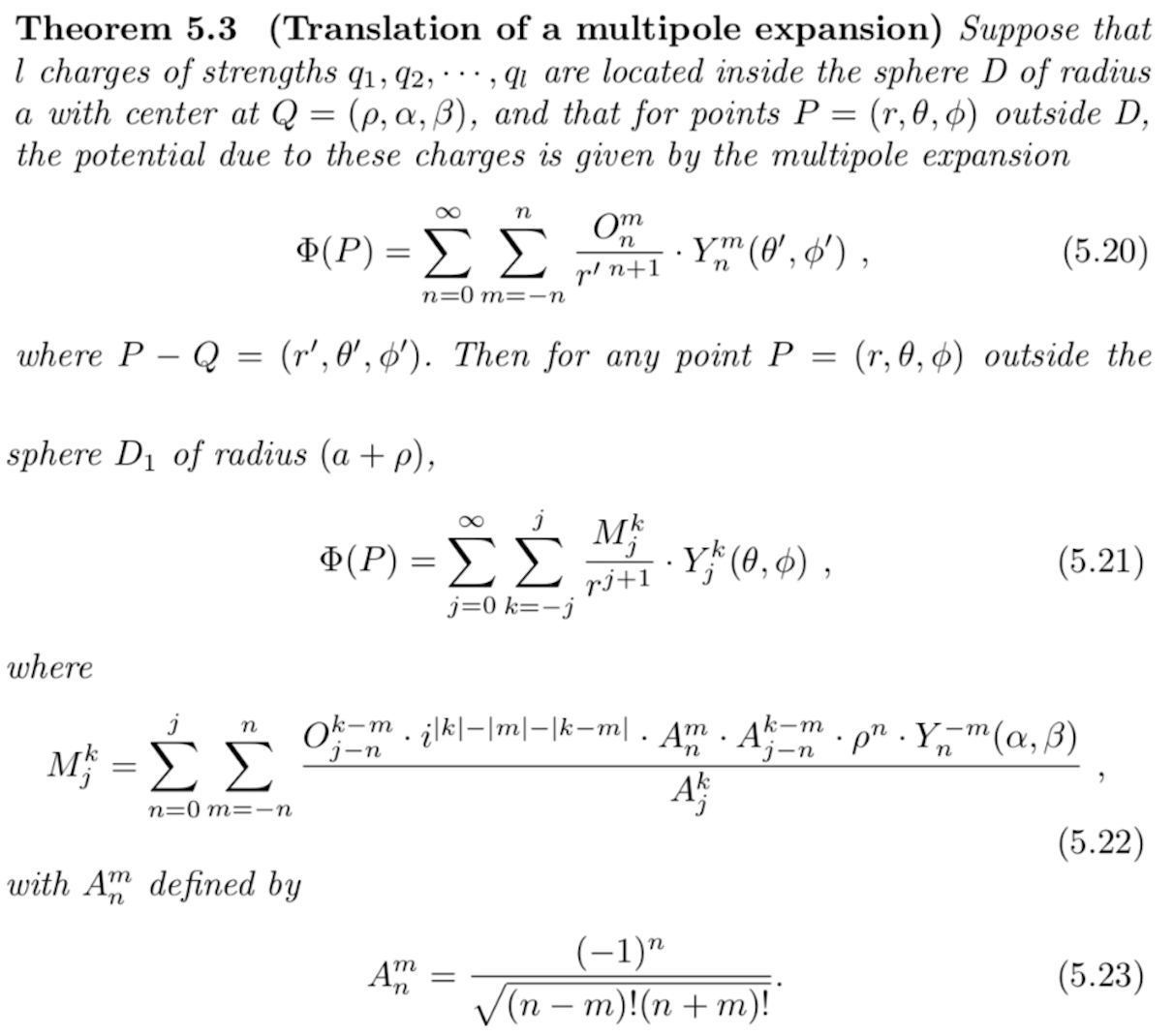 The FMM has been exhaustively studied, so if people aren't doing something that seems obvious, then there's likely a fairly obvious reason they aren't doing it. This isn't to say there's nothing new to discover, but it's well-trodden ground.

I think the main thing you're missing here is the fact that the multipole expansion for each box is written in a local coordinate system, e.g. relative to the center of each box. Suppose your box A has eight children, each centered at $Q_i,i=1,\ldots,8$. You are correct that one could evaluate the eight multipole expansions at the point $P$ and obtain the correct result, but realize that you must express $P$ in coordinates relative to each $Q_i$ to get the right answer. Simply adding up the coefficients and evaluating the multipole expansion using $Q$ will not produce the correct answer. Instead, you must re-center these expansions about the parent point $Q$ using the above theorem and then add them together. For reference, see the Wikipedia page on the solid harmonics addition theorem.

The following pertains to a question posed in your original post. I'm leaving it here.

On the point of computing multipole-to-local (outer-to-inner) translations between boxes at different levels, let's consider the worst-case scenario.

The convergence of the FMM series expansion relies on the ratio $v/t<1$ being small. It can easily be shown that when you place the points $\mathbf{r},\mathbf{r}'$ in the opposite corners of their respective boxes, the ratio $v/t=1$, invalidating the addition theorem. For configurations close to this one, the ratio will still be close to 1 and a huge number of terms is required to achieve any useful accuracy.

Not the answer you're looking for? Browse other questions tagged fast-multipoles or ask your own question.