Calculating the Strange Attractor of the Duffing Oscillator in C++

I am simultaneously trying to learn computational physics methods, chaos, and C++. I think this is the right site for the question, and I apologise if not.

I am trying to get the plot for the strange attracter (which from google looks like it might also be called the Poincaré map?), where as I understand it you just output $x$ and $\dot x$ at every $T=2\pi/\omega$, and plot $x$ vs $\dot x$. Currently my approach is to solve the equation with boost's odeint, and output every $T$ to a file "duffing.txt".

Plotting with Gnuplot, however, this is the output of plot "duffing.txt" using 2:3 with linespoints 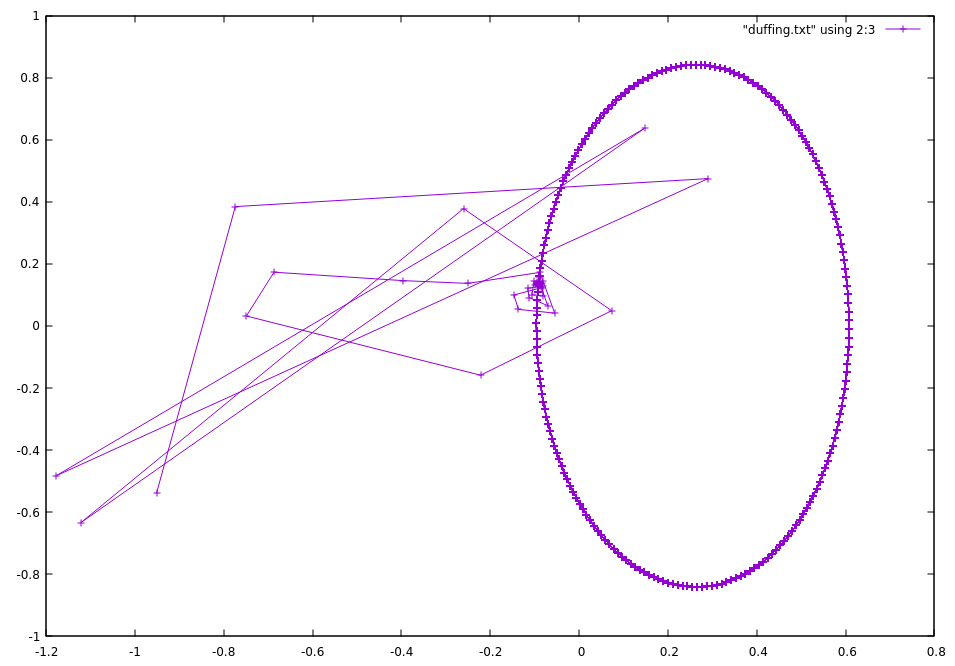 which is basically just an oval and doesn't seem chaotic at all. I have played with the parameters without much luck (the ones in the code are from the textbook, which includes a clearly chaotic plot, which I'm not sure is okay to rehost here).

It doesn't seem like the mistake is the integration routine since if I replace my equation with the Lorenz equations I get back the solution shown in the odeint examples. Am I going about printing it at the wrong time, or some other conceptual mistake?

Edit: as requested in the comments, here is the plot with all the points. 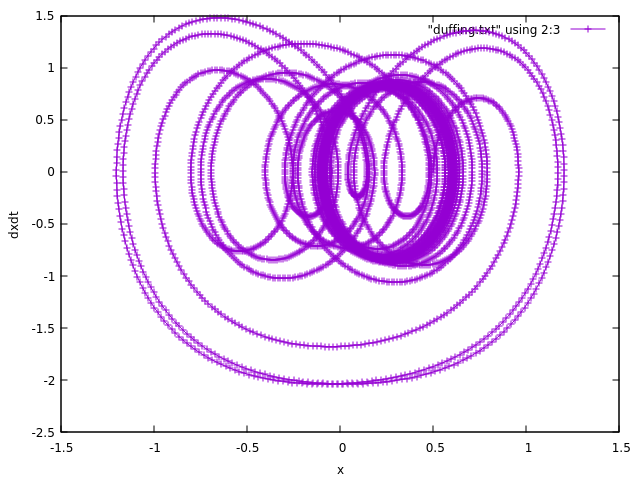 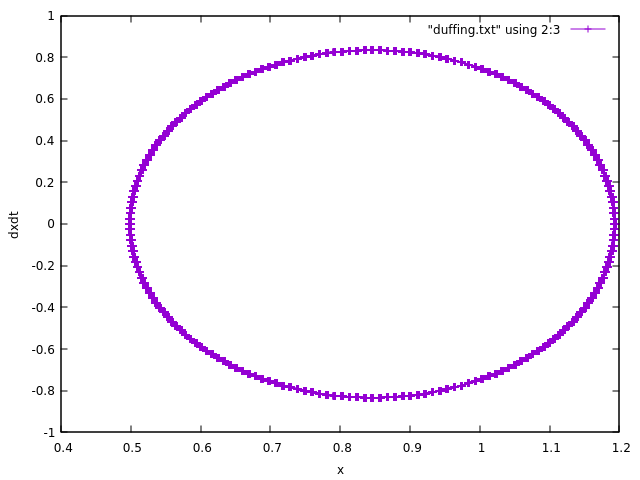 Unless I need to review my undergrad calculus, I think this is what is expected. Why am I not seeing a strange attractor for the more complicated case?

Edit 2: Here are the results for the "reduced models" as suggested by Maxim Umansky. The results seem to match! It doesn't seem to be a problem with how I set up my integrator, just something about how I am extracting the strange attractor... (each case has $x=0.5$ and $\dot x=0.5) 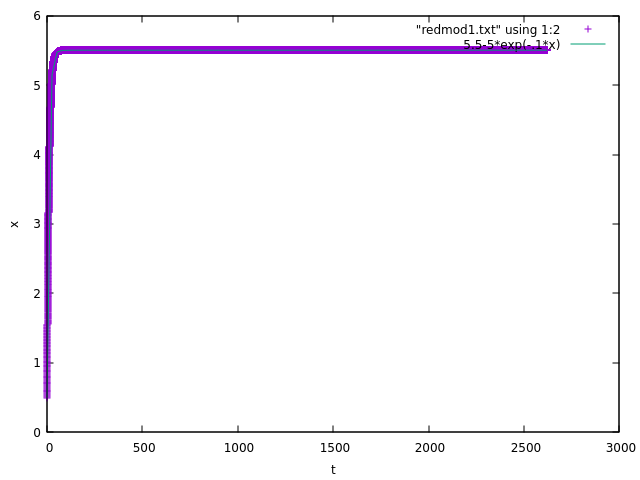 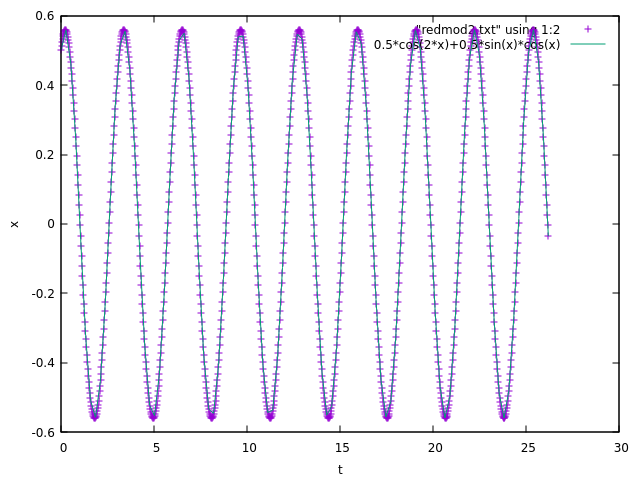 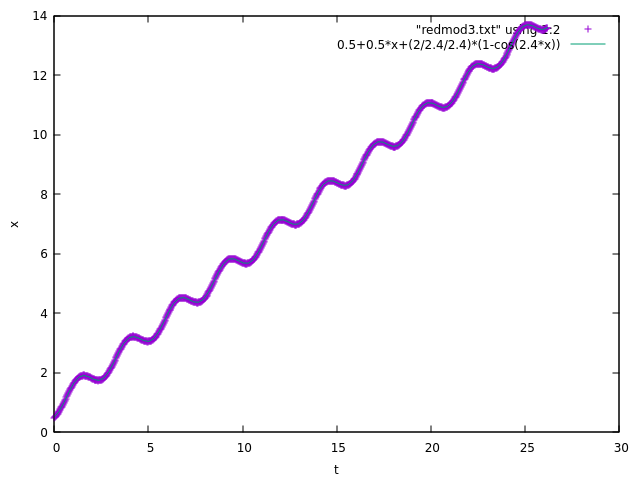 This is a nonlinear problem, so finding a general solution is difficult; but we can easily find a particular solution.

Most likely the bugs in the code will be found in the process of verifying these analytic solutions; or at least the search for bugs will be greatly simplified after these solutions are successfully reproduced.

Not the answer you're looking for? Browse other questions tagged ode computational-physics c++ oscillations or ask your own question.