Pressure interpolation in the Q2-P1 element

The Q2-P1 element is one of the popular finite elements for incompressible flow problems in the mathematics community. For this element, the velocity field is approximated using bi-quadratic shape functions and the pressure field using linear shape functions. What makes this element pretty odd is the fact that the approximation for the pressure field is only linear but not bi-linear, i.e. the function space consists of $1, \xi_1$ and $\xi_2$ only but not the product term, $\xi_1 \, \xi_2$.

I have two questions on this element.

Thank you in advance! 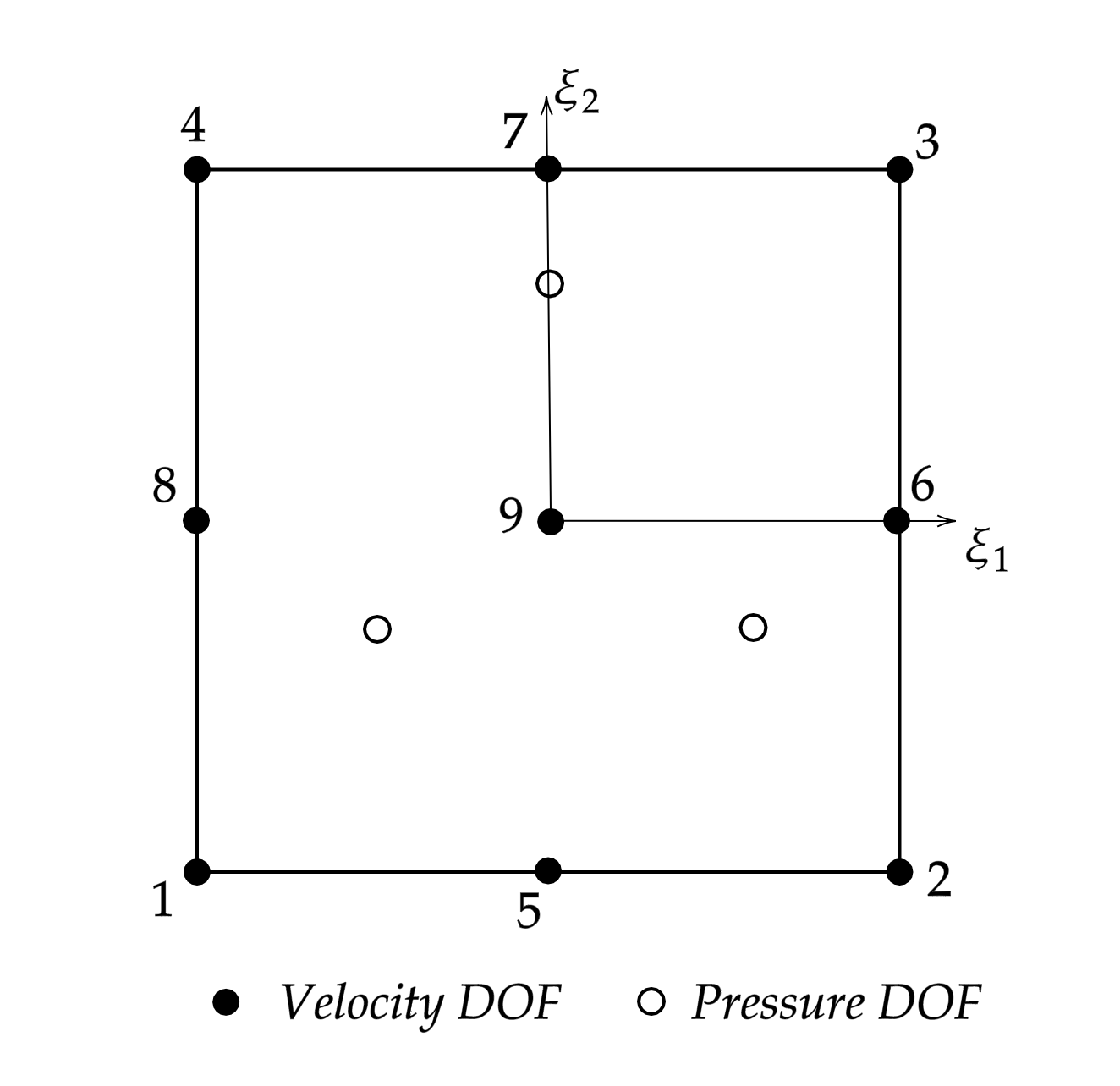 The pressure is a discontinuous function, so you can't store nodal values at the vertices of the cells -- because then all neighboring cells would have the same value. Rather, if you want, you can pick any three points in the interior of the cell. In practice, people often choose three of the four vertices but consider these points logically part of the "interior" of the cell, rather than a vertex, to indicate that neighboring cells might have different values at these locations.

If you choose the three points in the cell to represent the pressure, then you also know how to interpolate an arbitrary function onto this space. For plotting, a common way is to recognize that a $P_1$ function on a cell is also a $Q_1$ function. That is, if you define the function based on the values at three vertices, compute what the value at the fourth vertex is and call it a $Q_1$ function that you can then output in whatever format you want.