Construction of Prolongation and Restriction Operator for Geometric Multigrid (2D-FEM): Resulting in a Decreasing Solution 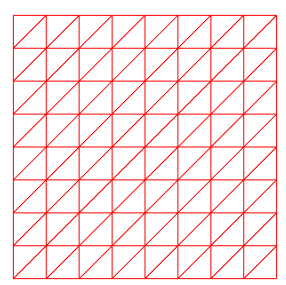 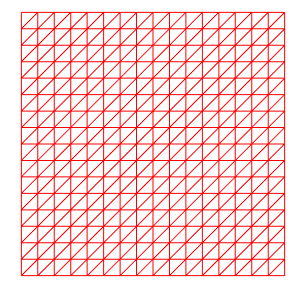 The direct solutions of the two systems are working as intended, with the finer mesh having a relative error (of $L^2$-norm) of $0.0077$ compared to the known exact solution and the coarser mesh being a bit less accurate.

Now, rather than using a direct solver, I am attempting to construct a two-grid solution for this problem. I am using a V-cycle method, with the following structure:

I think that this is a reasonable approach, and the same principle works for my test program (1D-FDM). Now, the issue that I am facing is that the solution after performing these steps is much lower than the corresponding reference solution. 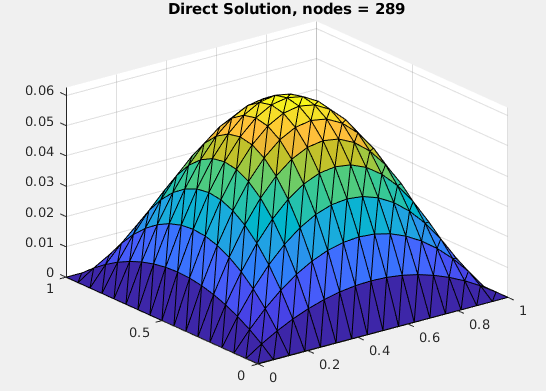 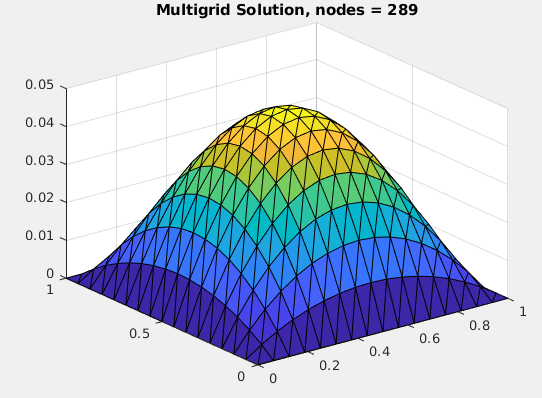 The same tendencies are shown in both solution, but the two-grid solution is much smaller than the direct solution.

Comparing the $L^2$-errors of each solution, the following result is shown:

This is a huge difference. Adding more levels, or increasing the number of cycles (the principle above is only one cycle) makes the issue worse.

My question is, what am I doing wrong? This is a very odd behavior, but the implementation of the restriction and prolongation operators agree with what I have come up with using pen and paper.

My first thought is that there is some kind of scaling factor missing, since both solution have the same tendencies but have different sizes. I would assume that it is missing in the restriction operator, but adding any kind of factor there seems wrong, since the row-sum should be 1.

I am running out of ideas right now, and would appreciate any suggestion very much! Thanks in advance!

Edit: If I multiply the restriction operator by a scalar, say $4$, the $L^2$-error of the two-grid solution becomes $0.000612$ (rel.error 0.0184), which is significantly better. But I really cannot understand why this would be a better approach? Could the scalar be related to the number of levels, the ratio of the number of nodes between the levels?

Edit 2: These are the current results, for different attempts on the restriction operator:

Browse other questions tagged finite-element multigrid or ask your own question.

10
How to construct a prolongation and restriction operator for an algebraic multigrid solver?
4
Prolongation/Restriction Operator in Multigrid
10
FAS-multigrid slower than linear defect correction?
7
Full Multigrid Prolongation Operator
6
Lagrange Multipliers in Multi-body Finite Element Code
2
How to define residual in multigrid approach?
3
What is the global problem in the two-level additive Schwarz?