Crouzeix-Raviart for Stokes on elasticity form

I have tried to solve the driven cavity problem with incompressible Stokes flow using the standard Crouzeix-Raviart non-conforming P1/P0 element (linear velocity, constant pressure, velocity-nodes at the midpoint of the edges). The velocity $u = (u_1 \; u_2) = (1 \; 0)$ on the top side of the domain and zero on the other three sides. As seen in the picture below, the problem is solved fine for Stokes on standard fluid-form, i.e. when the "velocity-block" comes from the functional 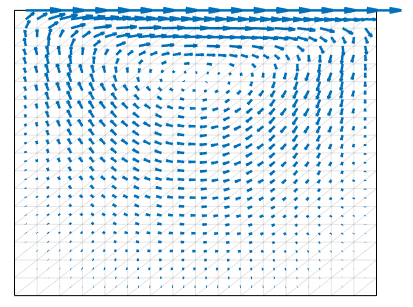 However, switching to the (equivalent in the continuous case) elasticity-form, with 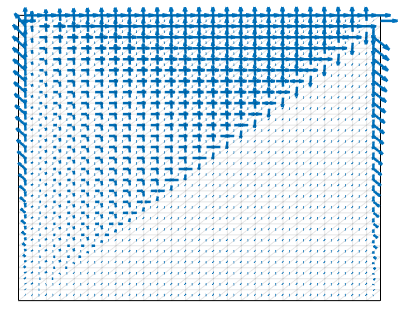 I think this element is not stable for the elasticity operator; cf. the introduction in the following paper:

Here is the relevant part:

... Crouzeix and Raviart showed that a linear/constant combination could be used for the Stokes problem with Dirichlet boundary conditions provided that the linear elements for the velocity are nonconforming ... The approach will not, however, work for the equations of linear elasticity ...

Not the answer you're looking for? Browse other questions tagged finite-element stokes or ask your own question.