For a project I am doing, I have to solve the following system of differential equations numerically using my own code:

What I have tried:

For the analytical case, I have tried RK4, RKF(Fehlberg), RK4 based Shooting, and scipy's solve_ivp. However, all suffer from the same problem, they diverge from analytical solution at around 10 (see attached graphs, first is of the two functions compared to analytical, and second is of derivatives).

I have also tried iterative finite difference approximation since I have initial guess, it suffers from same issue.

The only inbuilt function that works is solve_bvp. Can anyone suggest me two or three numerical methods for this system, for arbitrary $\alpha$, to solve as bvp and point at some good resources for those? What I have is an initial good guess for the solutions, which is the analytical solution for $\alpha=0$ case. 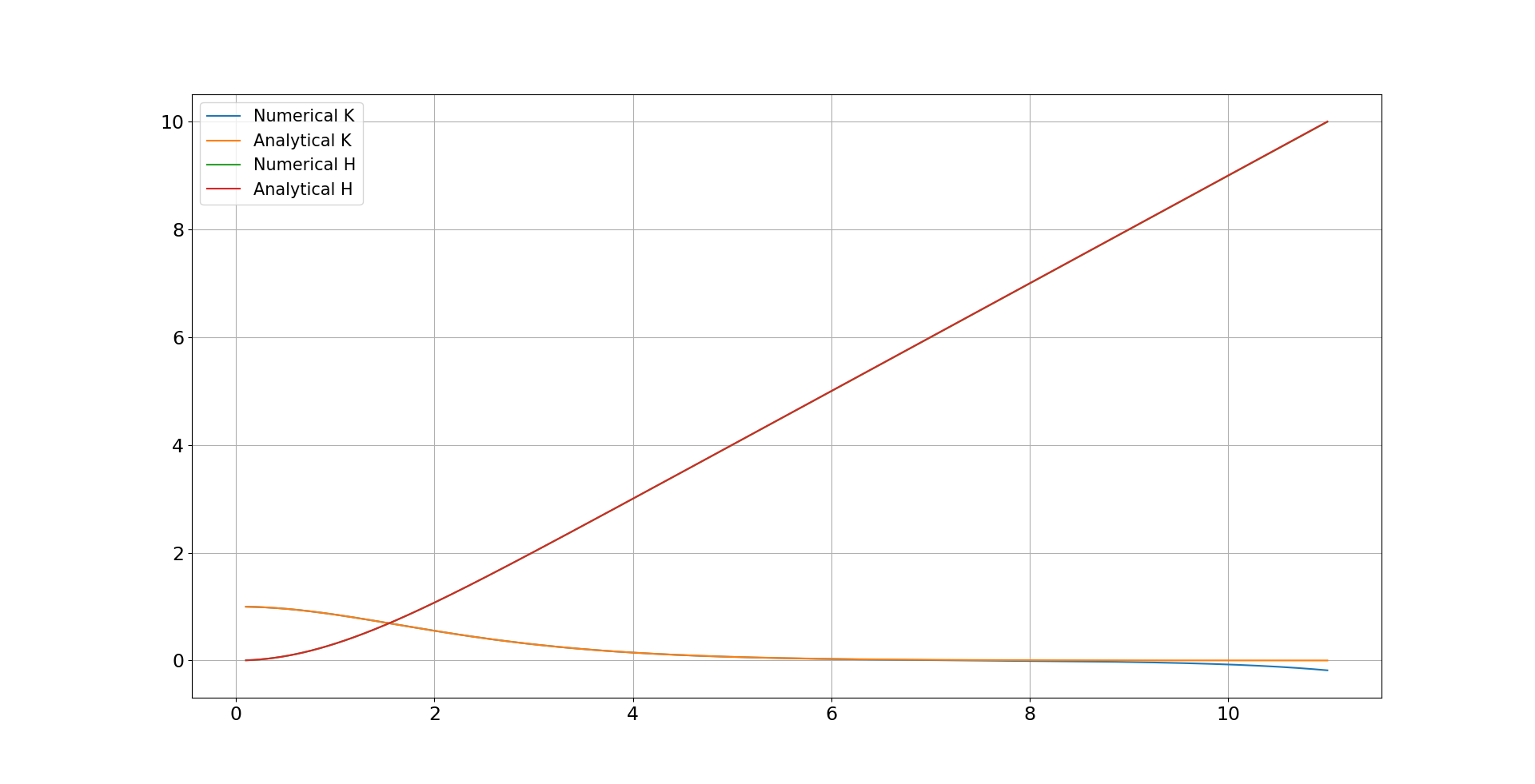 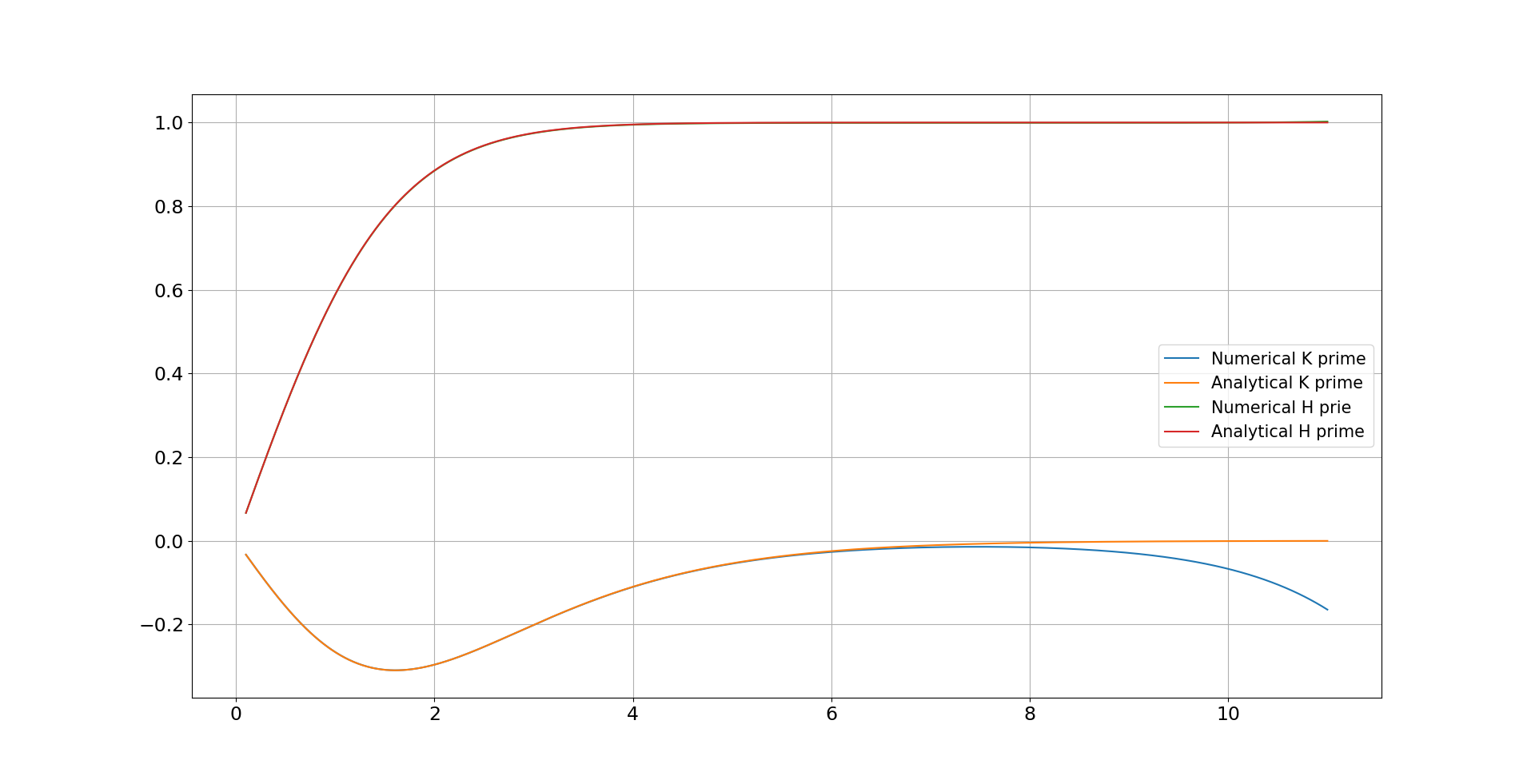 EDIT: This might be helpful. The solution for analytical case is,

I recast the equations, still the same result.

UPDATE: So I tried a couple more methods and implemented solve_bvp's residual control method as well. Based on suggestion of @superbee I implemented the Finite Difference Method with Newton Ralphson technique and it works!! Briefly, I generated a system of non-linear algebraic equations by giving an initial guess and finite difference approximation. I found the Jacobian, and found an updated guess as:

You could use a discretization method such as the finite element or finite difference method with a linearization technique such as Picard or Newton method to solve this problem. A similar question is this.

The main idea of these solution techniques is as follows:

I suggest that you check the following reference where this is explained step-by-setp.

I tried solving your equation for the $\alpha=0$ case with the fixed BC $H(\bar{\epsilon})=\bar{\epsilon}-1$ and was able to find good agreement to the analytic solution using a Newton-Gauss-Seidel relaxation method.

0
Newton method for a nonlinear system of time-independent PDEs