As far as I understand, the issue one the discrete level (in contrast to what happens for Poisson equation, and other coercive problems) is that if we consider $V_h \subset V$ and $Q_h \subset Q$ as finite dimensional spaces in which we seek the solution, then we can no more apply the continuous properties to the discrete problem because for instance $$\ker(B_h) \not \subset \ker(B)$$ in general.

So far so good. Then, while doing the analysis, my professor wrote the following diagriam 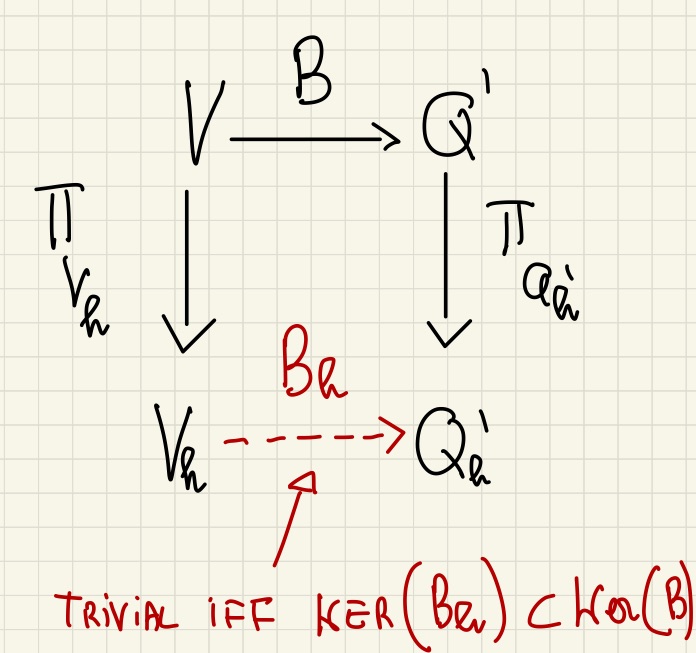 I really can't understand why the inclusion of the kernels implies the commutativity of the diagram. Any help is highly appreciated, and even an example where $B$ is the usual divergence operator is perfectly fine to me.

which is clearly false. In the first equality I used the fact that $v_h$ is of course not affected by the projection. What do you think ? I think that something more can surely be said. Please feel free to add more things about this