I am trying to diagonalize the Bogoliubov-de Gennes Hamiltonian. The problem is that the Hamiltonian contains a Laplacian. This could be solved by using a discretized Laplacian.

How I tried it

If I use a simple Hamiltonian (just the Laplacian) and use eig(l1dd(...,...)) with l1dd the discretized Laplacian (2 and -1's) as in this example from John Burkardt as FSU, then I get: 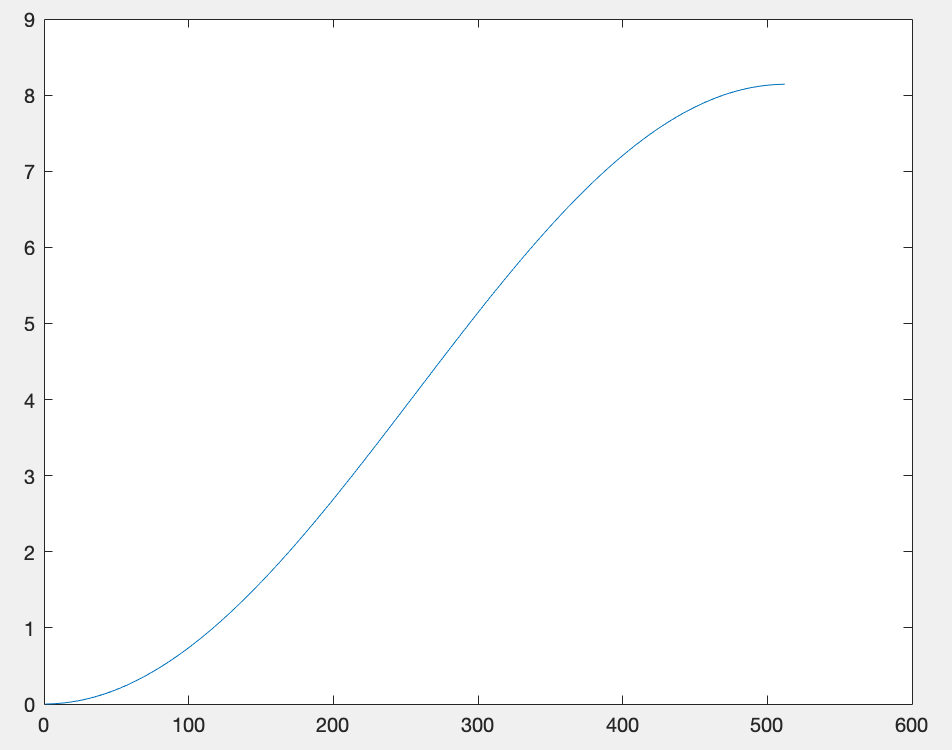 What could be the problem? It seems that eig does a good job, so probably l1dd is the problem?

I'd argue that what you've observed is the correct/expected behavior. Something to bear in mind is that any finite-dimensional/finite-resolution discretization of the laplacian is going to do a good job of approximating the smallest eigenvalues, but a poorer job of approximating the large ones. Highly oscillatory eigenvectors / high frequency content simply cannot be resolved by the grid, so the corresponding eigenvalues (ie the right end of the graph) are going to be inaccurate.

I'd say you shouldn't really consider the whole curve but rather just the region near the origin, which does look correct (quadratic behavior).

As I recall, if you run this test at higher and higher resolution, you do get steadily better and better approximations (as in, they track the expected quadratic behavior out to increasingly larger wavenumber, before rolling off of it). A cartoon follows: 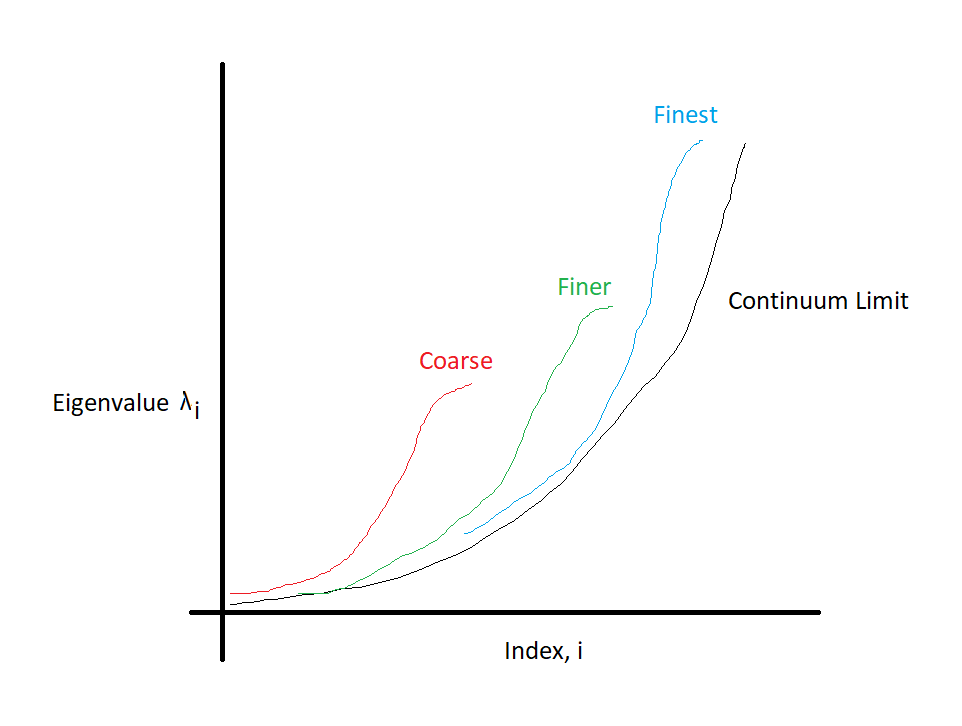 Not the answer you're looking for? Browse other questions tagged linear-algebra matlab computational-physics eigenvalues numerical-modelling or ask your own question.