I am trying to set up a 3D CFD scheme for thermal and flow modelling in Python using the finite volume method. The first concern is to build the geometry and an accompanying mesh that is efficient for the purpose (resembling something like the 3rd picture below). 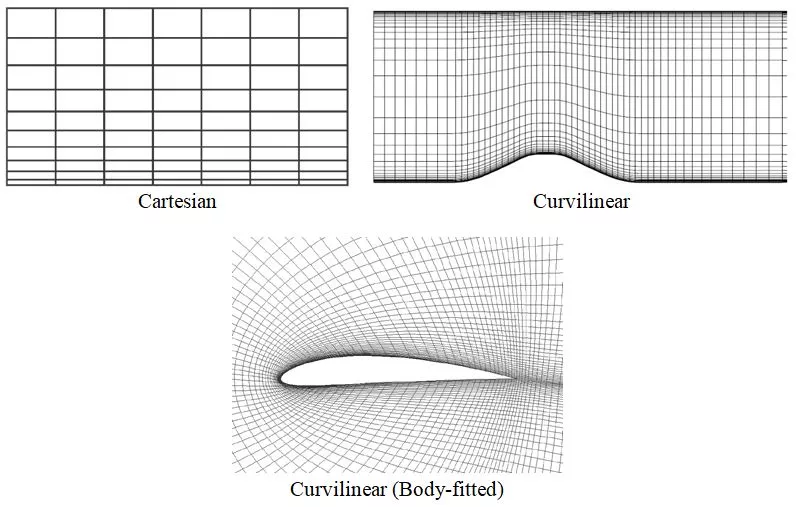 For Python, there are many libraries for geometry and mesh creation (the last two are for optimization and formatting respectively):

Somewhat overwhelmed, I tried the MeshPy library since its description mentions finite element simulations specifically. However, there does not appear to be a lot of documentation with the libraries. I was unable to construct a mesh that could be fed to a solver (such as fipy) - also inhibiting the required properties or types for each material; in order to specify for example the initial temperature, thermal conductivity, specific heat and density.

I would like to inquire for a working example of a grid generation that could be fed to a CFD solver, from which ever library is preferred, preferably such that different grid types can be created as seen on the image above, and such that the mesh generator is compatible with STEP format. As geometry a simple box, sphere or cylinder is abundant.

13
finite volume method: unstructured mesh vs octree adaptation + cell cutting
8
structured grid and unstructured grid
5
Specifying boundary conditions for imported mesh in OpenFOAM
3
CFD mesh generation
4
Organizing a CFD program written in python
4
Practical coding resources for new CFD practicioners
4
Is there any open-source code for a hybrid 2D mesh (triangles and quadrilaterals)?
4
Can the mesh generation methods in FVM and FEM be totally based on the knowledge of the mesh generation theory in computer graphics?
2
(Lack of) Availability of Finite-Difference library for simple 2D PDEs