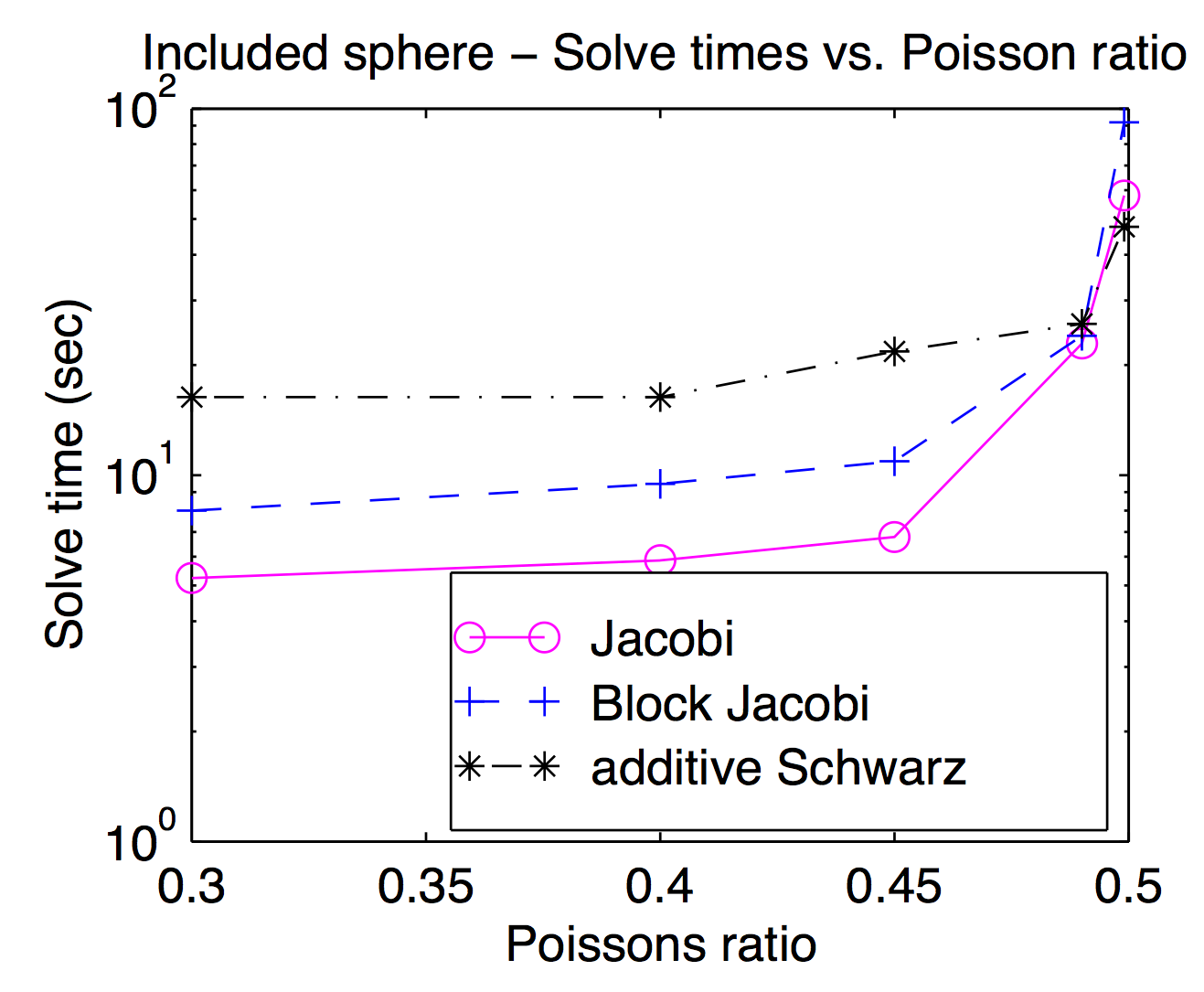 10
What is a robust, iterative solver for large 3-d linear-elastic problems?
14
Is there a multigrid algorithm that solves Neumann problems and has a convergence rate independent of the number of levels?

32
Why is local conservation important when solving PDEs?
14
Is there a multigrid algorithm that solves Neumann problems and has a convergence rate independent of the number of levels?
4
Applicability of combinatorial and support preconditioner
15
What is the current state of polynomial preconditioners?
3
Steklov-Poincaré operator for overlapping domain decomposition
6
Why is the continuous Galerkin Finite Element Method a poor choice for the inverse problem for the Navier-Lame equation?
1
Does a generic method for solving a system of PDEs exist?
1
How suitable is multigrid method for time-dependent PDEs?
6
What makes a good computational grid?