as Dirichlet condition. What to do for other geometries though?

boundary-conditions navier-stokes fenics
Share
Improve this question
asked May 9 '13 at 6:18

You can use a Nitsche-type method for this. See the following reference:

I have implemented this a while ago in some simple FEniCS-Code to deal with free-slip boundaries in general 2d geometries. Find the demo code here and the mesh here (tested with FEniCS 1.3). 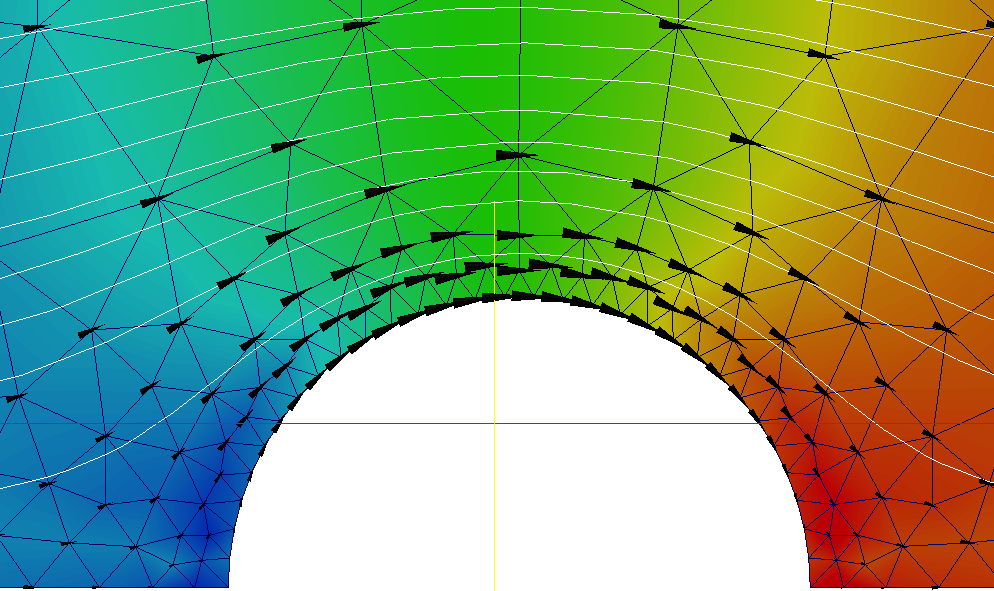 Update: Meanwhile, others have made similar implementations available. See for instance this github repository.

This maybe raises more questions than it answers, but here is what I think one should do.

Lets assume that at the boundary point p, the velocity u is defined as

I'm not sure whether FEniCS allows for redefinitions of TrialFunctions or TestFunctions and a corresponding adaptation of how the DirichletBCs are treated.

If one exports the assembled operators to matrices, one can now apply, say, normal and tangential boundary conditions at $p$ as follows.

Not the answer you're looking for? Browse other questions tagged boundary-conditions navier-stokes fenics or ask your own question.

2
FEniCS: both normal and shear stress boundary conditions for elasticity?