I have a program which compares the similarity of two images for different positions, so my surface consists of points which correspond to X and Y translations each with a value (mutual information).

Here is an example of a surface I want to be ranked as very good: 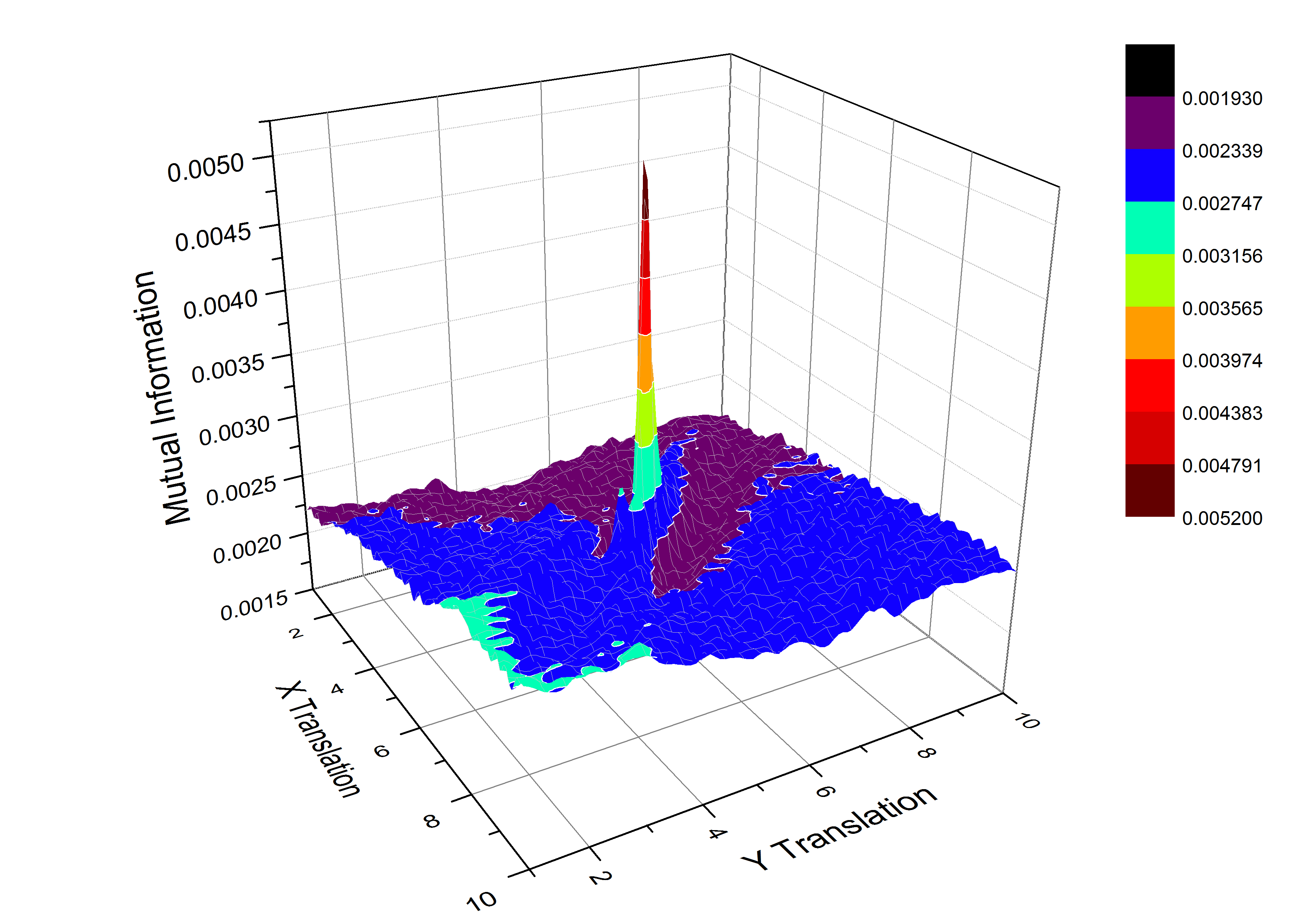 And this is an example of surface which needs a low rank: 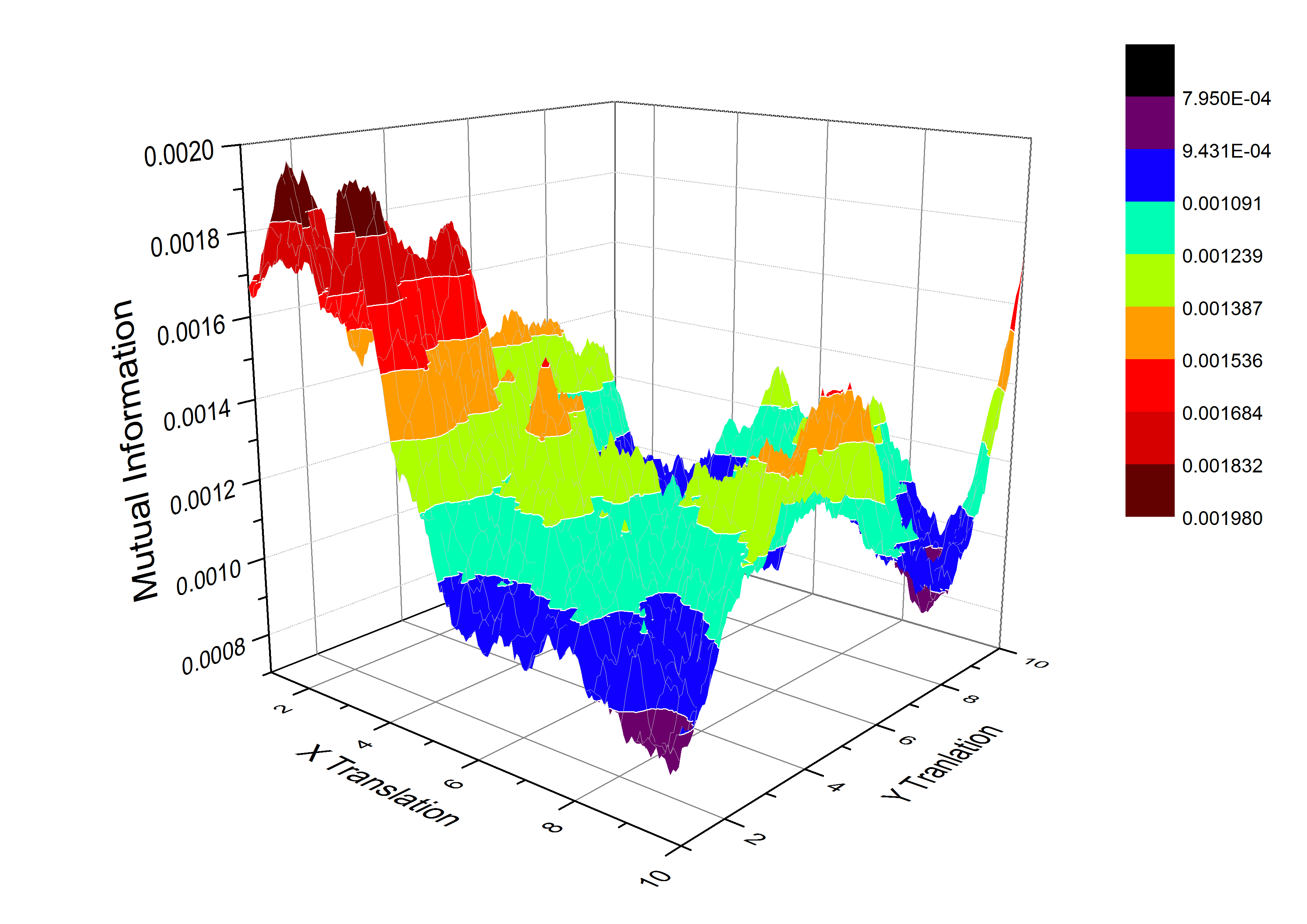 Now I've already created some kind of metric to rank these surfaces, and it does work in some cases. What I would really like to know is if there is some mathematical or computational method well defined to do this kind of ranking?

I have extracted information such as the location of maxima and standard deviations. Also this surface is sometimes up to 6 dimensional when rotation and scale are included.

I'm planning on improving how step two scales and so I'll hopefully be able to get rid of the last step (as it feels fairly subjective).

The quantity you are measuring currently is something akin to "prominence" which is a better formed topographical quantity than numerical one. The wiki page in that link describes all sorts of strange cases that arise, even without having any image/surface borders to worry about.

If you want to stick with this alignment metric I would suggest using a watershed transform on the gradient image to find the area that your peaks encompass.

For a conceptual motivation of what is going on, imagine turning those plots upside down then filling them with water. This will give you a segmentation between your peaks (lakes) which you can use to calculate the quantities you actually care about. I suspect what will be good is the mean peak height, aka peak volume / peak surface area.

In the flat noisy graph, this quantity will come out largely similar for each peak, in the one with the prominent peak there will be a really significant outlier in the distribution.

It sounds like this is being done on satellite/aerial imagery, so my final suggestion would be adding an additional metric on the deformation tensor, the trace of the deformation matrix should be constant for a given altitude, and solutions found outside that constant should also be penalized. You can do similar things with the off-diagonal terms knowing the trajectory of your travel in the images being compared.

Not the answer you're looking for? Browse other questions tagged statistics image-processing or ask your own question.

10
Trace An Isoline of an Expensive 2D Function
2
Python: What is a good way to generate a 1D particle field with a gaussian distribution?
4
What are the numerical methods for testing for dissimiliarity between image based probability histograms?