Continuity of eigenvectors of parametric matrix

Now, eigenvalue routines return eigenvalues in no particular order (they are usually sorted), but I want to trace eigenvalues $E_i$ as smooth functions of $\vec{k}$. Because eigenvalues are not returned in any particular order, just tracing $E_i$ for some particular index $i\in\{1,..,n\}$ will return set of lines which are not smooth, as shown on the picture bellow 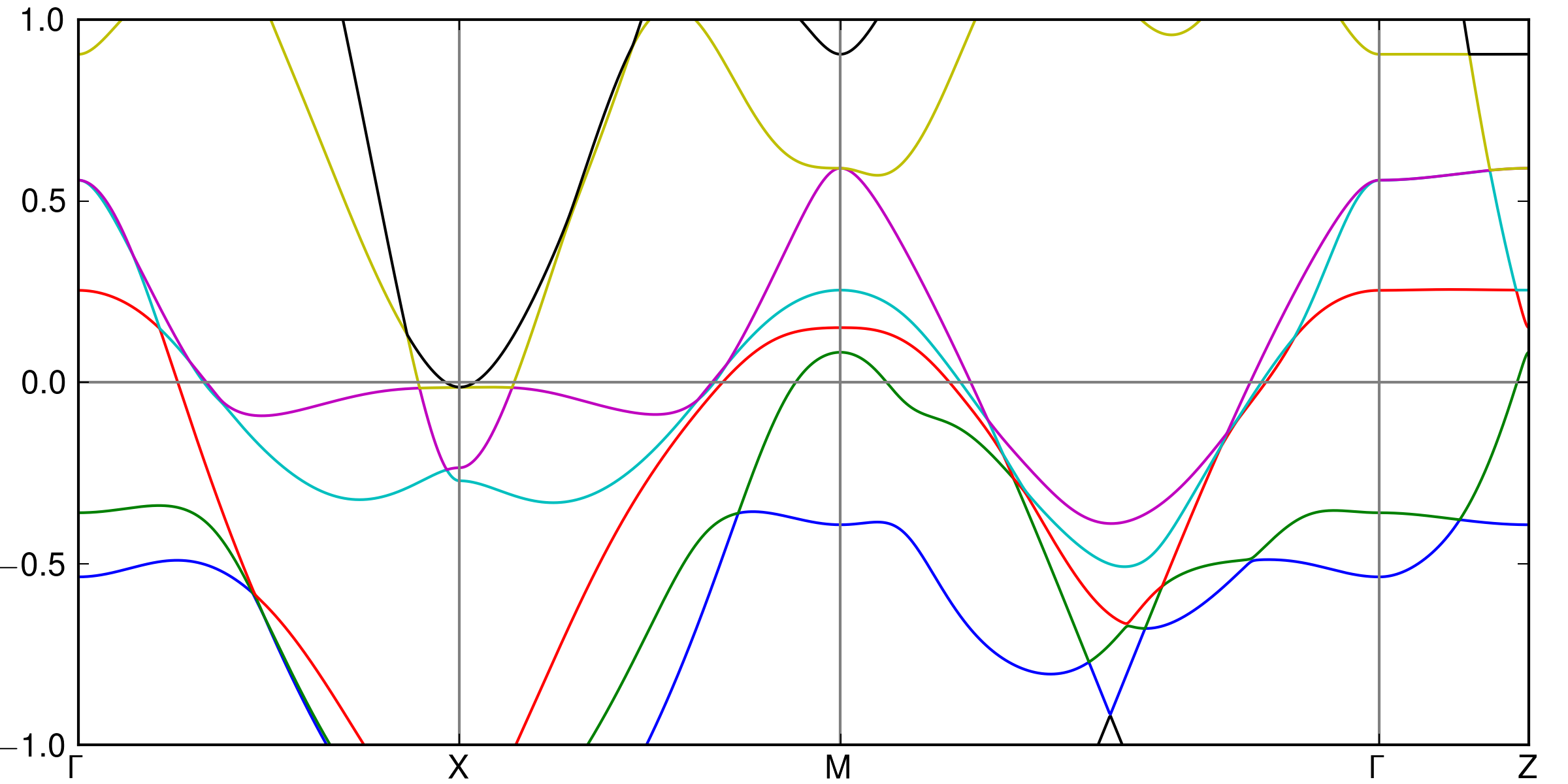 My idea to trace continuous lines was to use eigenvectors. Namely, for two close points $\vec{k}$ and $\vec{k}+d\vec{k}$ eigenvectors should be approximately orthonormal so that $v_i(\vec{k})\cdot v_j(\vec{k}+d\vec{k})\sim \delta_{p_i p_j}$ where $p_i, p_j\in \pi(\{1,...,n\})$, and $\pi$ is some permutation. Then I would use given permutation to reorder the eigenvalues and thus trace smooth lines.

I other words, I would trace continuity of eigenvectors.

However, I run into some problems with numerical routines. At a given small subset of points I use, few eigenvectors at nearby points are not almost orthonormal. My first suspicion was that those eigenvectors correspond to a degenerate eigenvalue, but that is not always true.

This also holds true if I reduce $d\vec{k}$ to be really small.

Is such thing allowed to happen. Or, is it possible to guarantee that numerical routines return continuous eigenvectors? Routine I use is numpy.linalg.eigh which is an interface for zheevd from LAPACK.

Have you tried continuation methods that trace individual lines over different values of $k$?

I work in electromagnetics, so I have to compute photonic band structures. I used to try to make the bands smooth by trying to detect crossover points, but after many attempts and discussions with coworkers, we ultimately concluded there is no really good way or reason to do it.

But, if you still insist on doing what you want, you want to look at computing eigenvalue derivatives with respect to k. There is quite a bit of literature on this, mainly on perturbation theory of eigenvalue problems (classic book by Kato), and also work on perturbation analysis in the presence of eigenvalue degeracies (a much harder problem, literature by Roger C E Tan). I would try to do this for the nondegenerate case first, since that's still relatively easy.

Not the answer you're looking for? Browse other questions tagged linear-algebra matrix eigensystem numpy or ask your own question.

6
Continuation procedure to solve for a 2D curve that satisfies f(x,y) = 0