I have not attempted moving or adaptive meshing because, for this application, it will be overkill. I simply want a static but non-uniform mesh. This would seems simple on the surface but I've found it tricky and would like some advice.

Choosing a Gaussian mesh density function, with constant added so it doesn't become singular when used as a denominator, allows the mesh density to increase near the peak of the curve,

With this approach I can then generate the following mesh. Notice how the mesh points start off constant spacing (because $\rho=1$, then initially begin to expand, and then contracts around the centre points. I have plotted the distance between points (blue line) to highlight the issue. 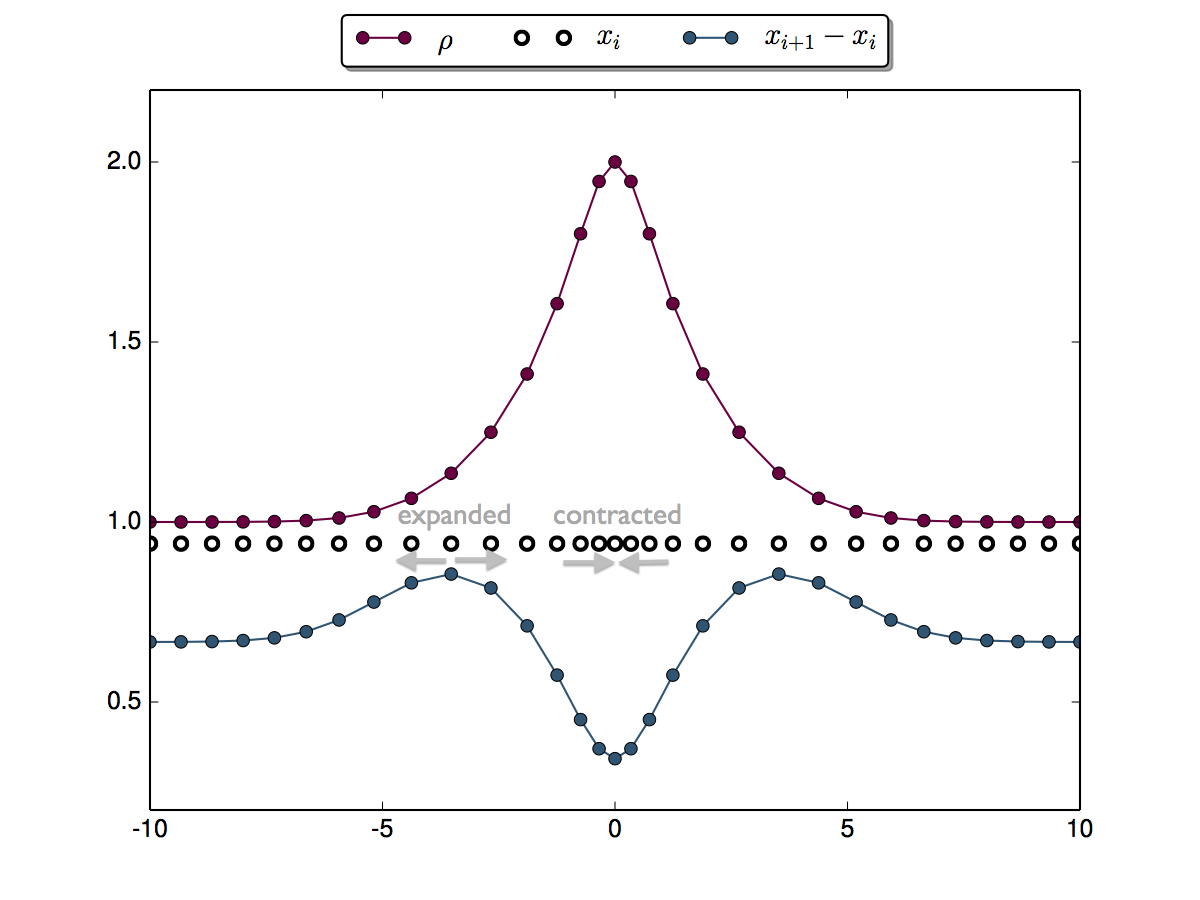 I would prefer if the mesh spacing didn't increase above the minimum $h$ value. Is there a way to preserve this property? It seems that I may need a peak function a zero second derivative. Can you suggest a better mesh density function for this problem?

I suggest the following simple algorithm:

Not the answer you're looking for? Browse other questions tagged mesh-generation finite-volume or ask your own question.