I would like use N-body simulation for measure a torque on an object in a liquid (helium). It's a 2D study. On the site : http://www.browndeertechnology.com/docs/BDT_OpenCL_Tutorial_NBody-rev3.html I can understand the method. But it's only for free object. How can I do for compute particles when they reached fixed wall ? and for compute object that have only one degree of freedom ? Could you help me to start the equations for the simulation ?

Consider red lines with no mass, black disk with no mass. All walls are not computed. Object I would like to compute torque is composed of one part with vacuum and another part with helium (exactly density of helium if there was no walls). Gravity of Earth is perpendicular to the screen, and it is considered perfectly the same (parallel). So like there is only one layer of particles to compute it's possible to forget gravity from Earth I think. 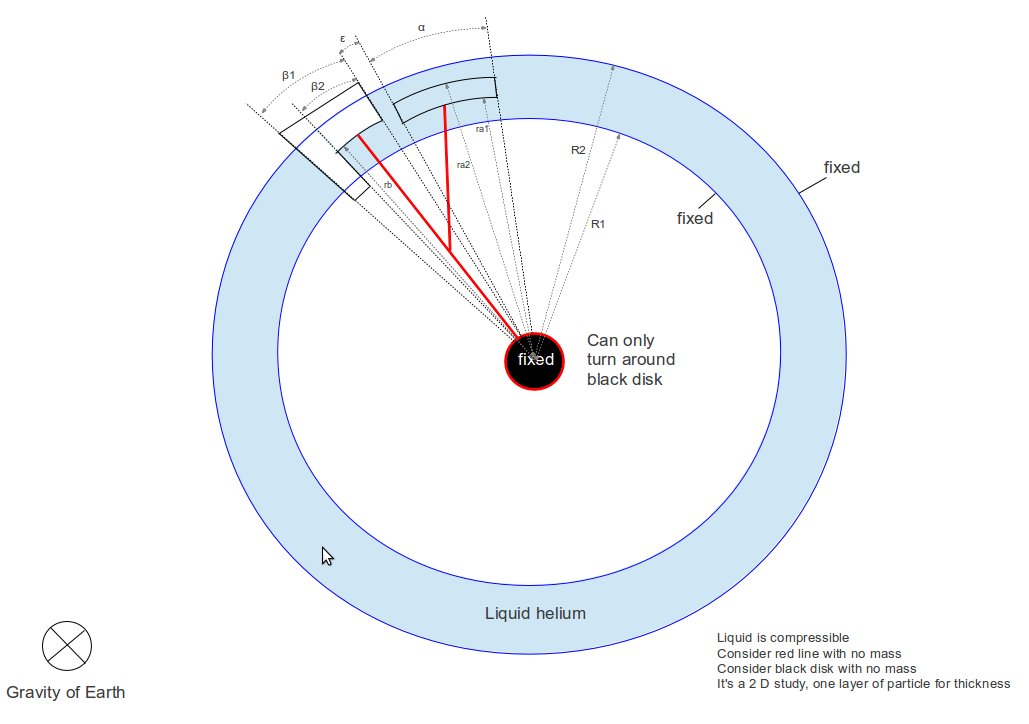 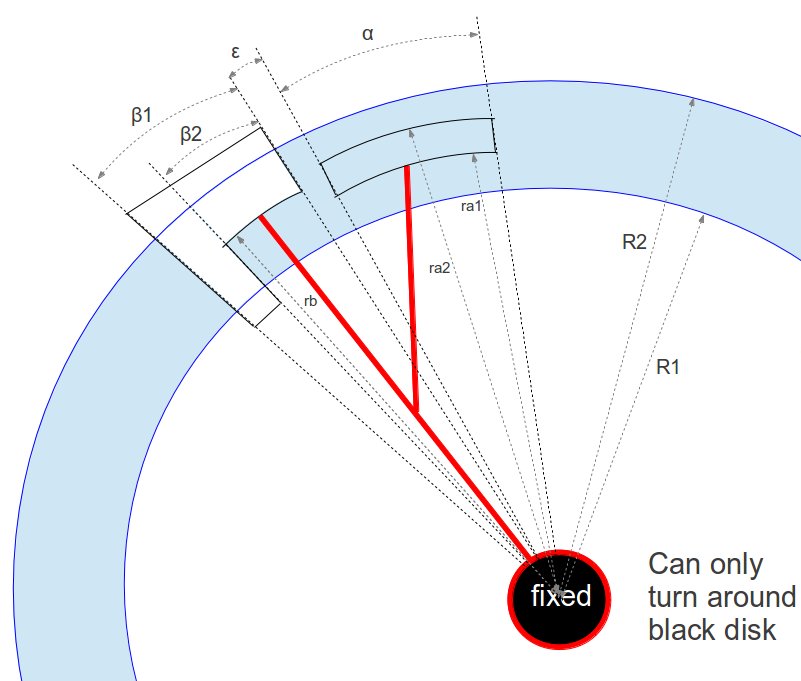 The worst is the density, how take it in equation ?

Maybe this sort of program exist ? Could you help me ?

Browse other questions tagged simulation c fluid-dynamics or ask your own question.

2
Celestial mechanics simulation software? The 'N-Body Problem'
6
How to get proper parameters of SPH simulation?
1
Should energy be conserved in an N-body simulation where particles don't lose energy in collisions?
1
How to choose the parameters for a collision free comet trajectory
0
How to implement the Impulse Based Dynamics for the rigid body dynamics simulation?