if i draw a polar plot with Octave the axes are cartessian, not polar axes. But in Matlab it seems polar axes exists for polar plots. Is there anyway to draw with polar axes in polar plots in Octave? Thanks

Older versions of Octave used gnuplot as the graphics engine, and you can still fall back on that capability. A StackOverflow post from 2011 illustrates gnuplot's capabilities, including some concentric circles around the origin.

A 2005 mailing list thread discusses Octave commands to "set" a polar grid (the phrase I'd rather use than "polar axes").

You'll probably want to know how to get those circles with the high-level interface, so you won't have to rely on the gnuplot commands. However as recently as last year, according to this mailing list thread, support for polar grids in the OpenGL library was still lacking.

This 2008 Help-octave mailing list thread discusses the missing polar grid but mentions at the end an Octave toolkit, octave-epstk, using encapsulated postscript (EPS), that is supposed to provide the missing polar grid. Unfortunately EpsTk seems to have lost their homepage in Germany, but the toolkit itself is still available in Debian and Ubuntu, and likely in other such Linux distros.

Some documentation for global parameters in EpsTk indicates there are several that affect the polar grid. 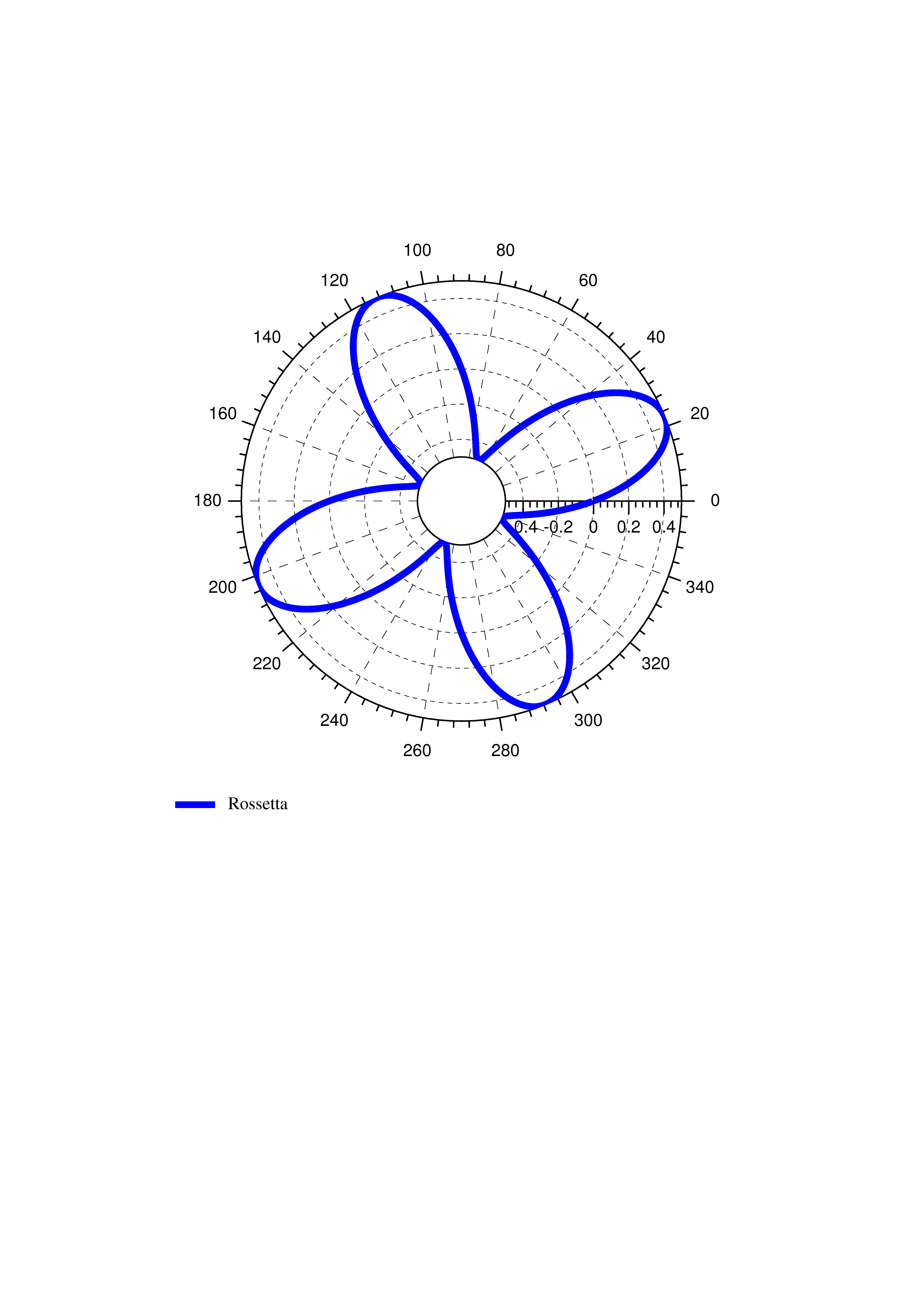 Not the answer you're looking for? Browse other questions tagged matlab octave or ask your own question.

24
Is it possible to use Octave to learn MATLAB programming?
4
Python syntax for MATLAB/Octave colon operator a:dx:b
5
Plotting x,y coordinates and vectors with octave
3
Octave 3D mesh, data from file
1
How can I get Octave to correctly compute a double integral of a piecewise function?
18
Euclidean distance in Octave
2
single-variate function variational Intensity Plot for Matlab
0
Nice plot of f(x)